BJP Supporter's Hoarding Claims Priyanka Gandhi Will ''Fizzle Out'' In UP

Congress leaders and workers demand that the poster should be immediately removed and action be initiated against those behind it. 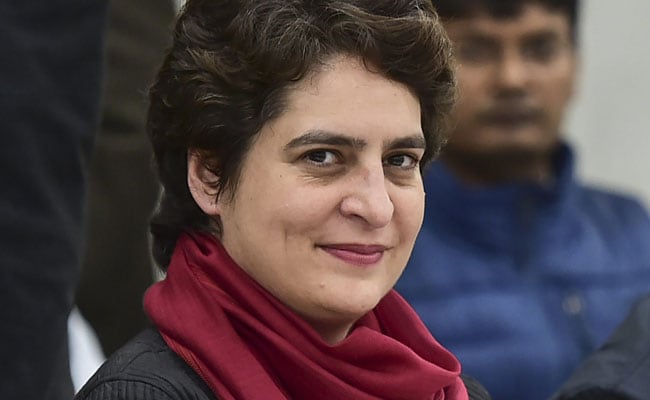 Priyanka Gandhi recently participated in a grand roadshow in Lucknow in February.

A day ahead of Prime Minister Narendra Modi's visit to Amethi, a hoarding stating that Congress general secretary Priyanka Gandhi will "fizzle out" in Uttar Pradesh has come up in neighbouring Rae Bareli, evoking sharp response from the party.

Congress leaders and workers demand that the poster should be immediately removed and action be initiated against those behind it.

The hoarding was allegedly put up by Arun Singh, who claims to be a supporter of Prime Minister Narendra Modi and Uttar Pradesh Chief Minister Yogi Adityanath. Mr Singh has also mentioned his mobile number on the hoarding.

"This clearly spells the anti-women mindset of the BJP which is out to defame the Gandhi family at every given opportunity," Congress spokesman Anshu Awasthi said.

"The sacrifices and contributions of the Gandhi family are well known... They have never deviated from their path of service towards the nation even in the most trying of times..."

"BJP leaders know that till the Gandhi family is active the main issues will remain communal amity, peace and development,'' he added.

People will give a befitting reply to "liars" in 2019, Mr Awasthi said.

PM Modi is scheduled to address a public meeting and lay the foundation stone of an ordnance factory unit in Amethi in UP on Sunday.