The MPs have been asked to send five copies of books/pamphlets of the development works during last five years in their constituencies. 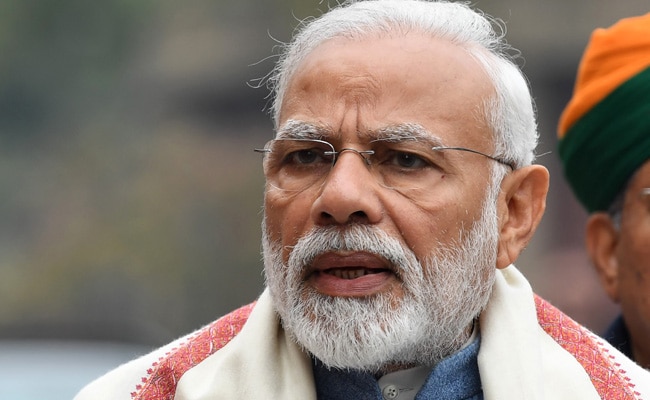 Sources said the PMO will prepare the report card of MPs based on the feedbacks on Narendra Modi App.

Almost a month after initiating a survery on Prime Minister Narendra Modi's App, seeking responses from the people about the three most popular party leaders in their constituencies, the BJP has now sought a report card of works done from its Lok Sabha members.

The initiative of the Prime Minister's office is being seen as an effort to collect inputs for the BJP leadership to help them while preparing a shortlist of candidates for the ensuing Lok Sabha polls.

Sources said that a message has been sent to all party MPs by BJP's Parliamentary Party asking them to send the details of the works done and programmes taken up as desired by the PMO and as assigned by the top leadership in their respective parliamentary constituencies.

The MPs have been asked to send five copies of books/pamphlets of the development works during last five years in their constituencies by February 20.

Those familiar with Prime Minister Narendra Modi's working style feel that the move is to assess the MPs' performance which would be one of the factors for selecting candidates.

Sources said the PMO will prepare the report card of MPs based on the feedbacks on Narendra Modi App and also the report cards of works done sent by MPs. Besides these, the party is also taking feedback about its MPs at the organisational level and through internal surveys.

The initiative may upset a few BJP MPs who are already jittery over speculation that many could be axed as Prime Minister Modi has a record of denying tickets to sitting MLAs when he was the Gujarat Chief Minister.

On January, 15 PM Modi posted a brief video soon after the he launched the survey on the NaMo App, urging people to participate.

"I want your direct feedback on various issues... take part in the survey on the Narendra Modi App," PM Modi tweeted, while sharing the video.