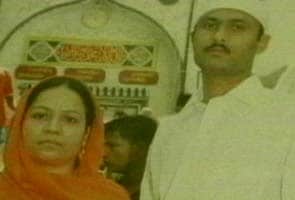 New Delhi: Top BJP leaders have been caught on camera discussing how to protect Amit Shah, former Gujarat Home Minister, in a case where is he accused of murder, alleges a Public Interest Litigation or PIL filed in the Supreme Court.

Judges have yet to decide whether they will hear the petition.

The PIL claims that a journalist named Pushp Kumar Sharma has secret video tapings of two BJP parliamentarians, Prakash Javadekar and Bhupendir Yadav, discussing how to get a blank document signed by the mother of Tulsiram Prajapati, who was shot dead in a fake encounter in December 2006. The "vakalatnama" or signed affidavit, BJP big guns are allegedly heard stating, could be used to appoint a lawyer of their choice to represent Tulsiram's family, thereby allowing them to control the direction of the investigation.

Mr Shah, a close aide of Chief Minister Narendra Modi, has been accused of sanctioning the fake encounters that led to the deaths Tulsiram and the petty criminal he worked for, Sohrabuddin Sheikh. Mr Shah was arrested in July 2010 and released on bail three months later.

NDTV cannot corroborate the authenticity of the sting referred to in the PIL.

The PIL claims that the sting operation has "succeeded in capturing on camera criminal conspiracy hatched and executed by Members of Parliament, senior BJP Leaders and Advocates...to derail (the) judicial process."

Sohrabuddin, his wife Kauser Bi and Tulsiram were traveling on a bus from Andhra Pradesh in 2005 when they were abducted by the Gujarat police.Sohrabuddin and his wife were killed a few days later. Tulsiram, the sole witness to their abduction, was shot dead a year later; the police claimed that he was trying to escape from their custody.

Promoted
Listen to the latest songs, only on JioSaavn.com
Before the state government admitted that the deaths were fake encounters, the police alleged that Sohrabuddin and Tulsiram were terrorists, who planned to assassinate important political leaders.

But later investigations by the CBI suggested that Sohrabuddin had become an irritant for the powerful marble lobby in Rajasthan with constant attempts to blackmail some of its big players. Mr Shah, the CBI says, was roped in to help, and as Home Minister commissioned the police to assassinate Sohrabuddin.