Police say that local BJP leader Nityanand Mahto instigated the mob which brutally attacked Asgar Ansari who was accused of carrying beef in his car.

Alimuddin, also known as Asgar Ansari, was lynched by a mob in Jharkhand's Ramgarh last week

Ramgarh, Jharkhand: A local BJP leader in Jharkhand's Ramgarh has been arrested over last week's mob lynching of a man who was accused of carrying beef in his car. Two others have also been arrested in the case. Nityanand Mahto, the media in-charge of BJP's Ramgarh unit, was picked up by the police on Saturday along with two others from the house of local party unit chief Pappu Banerjee.

On Thursday, Alimuddin, also known as Asgar Ansari, was driving his Maruti van when he was stopped and brutally attacked by a group of people near Bazaar Tand area in Ramgarh; his car was set on fire. A senior officer, RK Malik, said the police "swung into action" as soon as they heard about the attack and rescued Mr Ansari, but he died in hospital.

Police say that Nityanand Mahto, 45, instigated the mob; a video of the incident, they say, shows that the BJP leader was not just present at the spot but he dragged Mr Ansari out of the van. As he watched, the mob then thrashed Mr Ansari mercilessly, say police. 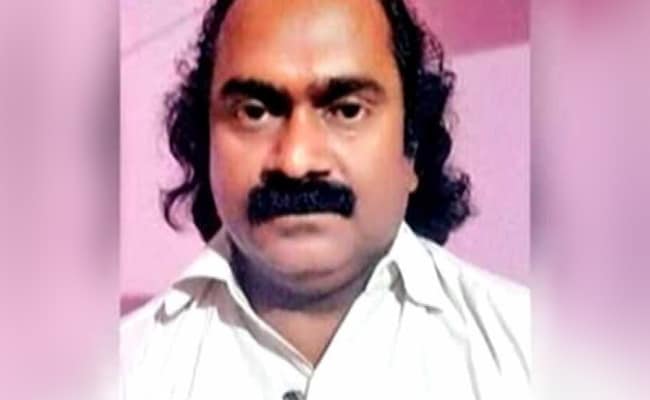 BJP media-in-charge in Ramgarh Nityanand Mahto was arrested for his alleged role in the lynching case.

The incident was described as a "premeditated murder" by senior officer RK Malik. He said the attackers seemed to have been lying in wait for Mr Ansari, who was from the neighbouring Hazaribagh district and was "involved in some trading or business of meat." The killers, he said, are suspected to be people who had business dealings with Mr Ansari. He said he could not confirm whether Mr Ansari was carrying beef.

On Friday, police made the first arrest in the case; a hunt is on for eight others.

The attack in Ramgarh came hours after Prime Minister Narendra Modi said that the killing of people by cow vigilantes is unacceptable. "Killing people in the name of gau bhakti (cow protection) is not acceptable," said the PM, adding, "No person in this nation has the right to take the law in his or her own hands in this country."

People across the country protested on Wednesday against the rising incidents of mob attacks and cow vigilantism across the country. Last week, a group of people on a train killed 16-year-old Junaid Khan who was travelling home to his village in Haryana with his brother and two cousins after a shopping excursion to Delhi ahead of Eid.
Comments
RamgarhJharkhand lynchingBeef