BJP Lawmaker In Bihar Beats Up Another, One Of Them Loses Party Posts 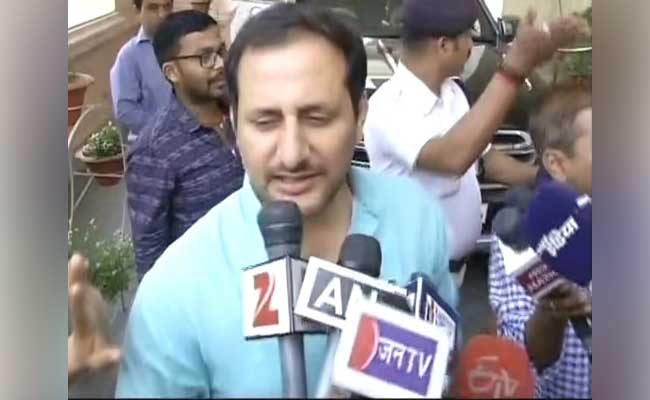 Patna: An attack by an enraged BJP lawmaker on another, both senior party leaders, was all the buzz in both houses of the Bihar legislature today.

On Wednesday afternoon the party's Neeraj Babloo, 46, a member of the legislative assembly (MLA), rushed to the building that houses the legislative council and asked his colleague Lalbabu Prasad to step aside. He took care to ensure that they were in a portion of the complex not under CCTV surveillance before he began to slap Mr Prasad, all the while shouting abuses, witnesses said.

Mr Babloo, they said, accused Mr Prasad, who is a BJP member of the legislative council (MLC) of harassing his wife Nutan Singh. Nutan Singh too is a lawmaker; she is an MLC from Ram Vilas Paswan's Lok Janshakti Party.

Lalbabu Prasad, kept pleading that he was innocent, but Neeraj Babloo did not stop beating him till other party leaders intervened and physically separated the two lawmakers, the witnesses said.

Neeraj Babloo had reportedly rushed out in rage after his wife called him to complain against Mr Prasad. The couple later met Avadesh Narayan Singh who is chairman of the Bihar legislative council.

On Thursday, senior party leader Sushil Modi, who heads the BJP's legislature party, denied receiving complaints from either Mr Prasad or Mr Babloo. But by the evening, Lalbabu Prasad had been divested of all party posts including that of vice president of the BJP in Bihar.

Embarrassed senior BJP leaders dodged questions and have reportedly advised both Mr Babloo and Mr Prasad not to talk publicly about the incident.

Several BJP lawmakers were spotted escorting Nutan Singh back home today as reporters chased her to record her version of what had happened.
Comments
Neeraj BablooBJPBihar