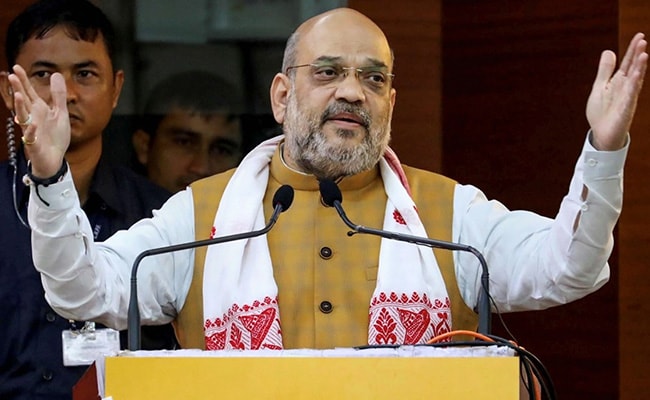 Union Home Minister Amit Shah today credited the BJP government in Gujarat, right from the time when Narendra Modi was its Chief Minister, for strengthening the law and order situation and helping the state shed its "curfew capital" tag and gain the identity of being a safe and secure state.

Addressing a gathering virtually after inaugurating six newly-constructed police stations and an office of Deputy Superintendent of Police in rural Ahmedabad, he said that thanks to the improved law and order situation, Gujarat has become a leading state in terms of industrial development.

"There was a time when Gujarat was known as the curfew capital. Now, when you ask a 20-year-old whether he has experienced a curfew, he will certainly answer in the negative. Under the leadership of (Narendra) Modi, Anandiben (Patel), Vijaybhai (Rupani) - and now with Bhupendrabhai (Patel) taking over - the BJP government worked to strengthen the law and order situation. The state no longer experiences communal riots during Rath Yatras, and people experience peace," Mr Shah said.

"We have been doing very well in terms of law and order situation, and because of this, Gujarat has become prominent in industrial development," he added.

The government, starting from the time when Narendra Modi was the Chief Minister, brought about radical changes in the law and order situation by adopting new measures. As a Chief Minister, Narendra Modi worked towards computerisation of police stations, strengthening forensic science, setting up FSL University and Raksha Shakti University, adding new companies to state reserve police, and ensuring timely and annual recruitment of police personnel, he said.

Use of technology and initiatives such as VISWAS (Video Integration and State Wide Advanced Security) and Cyber AASHVAST (Assured Assistance Service Helpline for Victims), body-worn cameras, laser guns, 15 drone cameras with night vision, and thousands of personnel getting recruited every year has strengthened the state police force, Shah said in his address.

He said that laws like Gujarat Control of Terrorism and Organised Crime Act (GUJCTOC) and Gujarat Goonda and Anti-social Activities (Prevention) Act, among others, also worked in strengthening the state police force, he said.

The Home Minister said that the new police stations, some of them set up in industrial areas, would ensure law and order, which is vital for the state's development.