The Dadra and Nagar Haveli Lok Sabha seat had fallen vacant following the death of independent MP Mohan Delkar in February this year. 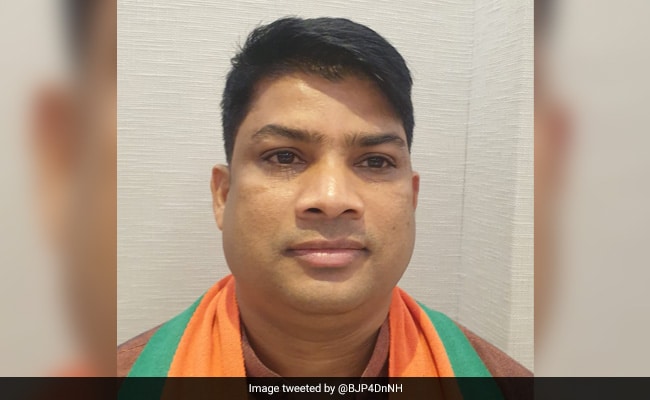 The Dadra and Nagar Haveli Lok Sabha bypoll is scheduled on October 30. (File)

The BJP has announced Mahesh Gavit, a fairly young face, as its candidate for the by-election to Dadra and Nagar Haveli Lok Sabha seat, which fell vacant following the death of independent MP Mohan Delkar in February this year.

The bypoll is scheduled on October 30, and the last date of filing nomination papers is October 8.

The Lok Sabha seat is part of the Union Territory of Dadra and Nagar Haveli and Daman & Diu.

In a communication issued from Delhi, the BJP announced that it has decided to field Mahesh Gavit (44), a tribal leader, for the upcoming bypoll.

This is the first major election for Mr Gavit, who entered politics in 2014 after taking retirement as a sub-inspector of the Indian Reserve Battalion.

In 2015, he was elected to the Dadra and Nagar Haveli district panchayat as a councillor on BJP's ticket and served as vice president of the local body till 2020.

While the Congress has not yet declared its candidate, the name of Mohan Delkar's wife Kalaben is doing the rounds for contesting the bypoll, probably as an independent candidate, sources said.

On February 22, Mr Delkar allegedly committed suicide by hanging himself at a hotel in Marine Drive area of Mumbai.

Mr Delkar, who had been a member of both the Congress and BJP at different times of his political career, was elected seven times to the Lok Sabha from the Dadra and Nagar Haveli constituency.

In 2019, he won the Lok Sabha poll from the seat as an independent candidate.