AAP has fielded Gurmail Singh from the seat. 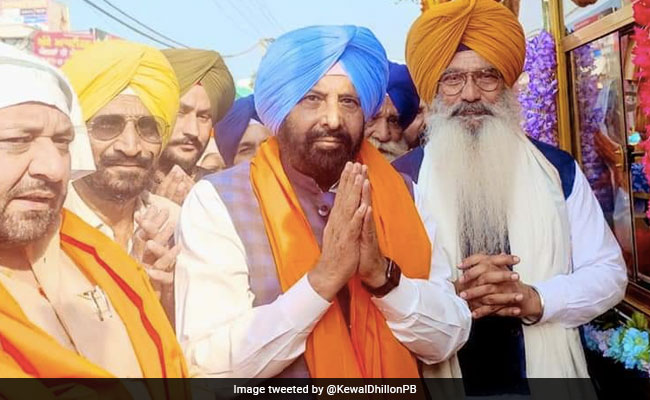 Mr Dhillon was a member of the Punjab Legislative Assembly (2012-17) for the constituency of Barnala.

AAP has fielded Gurmail Singh from the seat.

The seat fell vacant after Bhagwant Mann won the assembly election from the Dhuri constituency in the Sangrur district.

In the recently concluded Punjab Assembly elections, Mr Dhillon contested as a Congress candidate against AAP's Bhagwant Mann. He had secured 3,03,350 votes.

A loyalist of former Punjab Chief Minister Captain Amarinder Singh, Mr Dhillon was a member of the Punjab Legislative Assembly (2012-17) for the constituency of Barnala.

Notably, Mr Dhillon was among the eight leaders the security cover of whom was revoked by the Aam Admi Party government on May 11, citing "no specific threat".

Mr Dhillon joined the BJP on June 4 with six others.

Today is the last day for the candidates to file nominations for the bye-election. The filing of nominations began on May 30, the scrutiny of nominations would be done on June 7 and the last date of withdrawal of candidature is June 9. The polling will take place on June 26.

The Aam Aadmi Party (AAP) registered a landslide victory in the Punjab polls with 92 seats, pushing most of its rivals to the margins. Congress won 18 seats in the 117-member Assembly.