The Bihar assembly was adjourned for a few hours today, the last day of the Budget session, as opposition Rashtriya Janata Dal members stalled the proceedings. 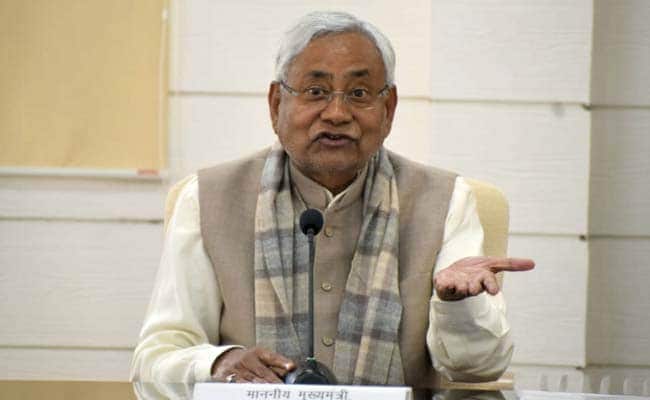 The Bihar assembly was adjourned for a few hours on Wednesday, the last day of the Budget session, as opposition Rashtriya Janata Dal (RJD) members stalled the proceedings, demanding resignation of Chief Minister Nitish Kumar in the wake of an order by a special POCSO court on Muzaffarpur sex scandal.

As the House assembled at 11 am, RJD MLAs, led by its chief spokesman Bhai Virendra, were on their feet demanding that Mr Kumar explain the "18 questions" raised by Leader of Opposition Tejashwi Prasad Yadav in connection with the court order at Muzaffarpur last week.

The POCSO court had forwarded to CBI an application filed by one of the accused in the scandal, seeking investigation into the role of the chief minister and a number of top bureaucrats in the release of funds to the shelter home from 2013 to 2018.

Soon after the proceedings began, RJD members rushed to the Well, raising slogans against the state government, even as Speaker Vijay Kumar Chaudhary pleaded with them to let the House function in the interest of public.

As the commotion continued for some time, the Speaker adjourned the House till 2 pm.

Later, talking to reporters, Parliamentary Affairs Minister Shravan Kumar slammed the opposition, saying "they have no issue to discuss and hence they resort to disruption. The House is in session and Tejashwi Yadav has the leisure to address a press conference in New Delhi, but does not find it convenient to attend the Assembly".

After the Muzaffarpur court's order last week, the House plunged into turmoil on Monday, with the opposition seeking the CM's resignation.

An FIR was lodged in May last year and a number of persons, including Brajesh Thakur, the owner of the NGO running the shelter home, were arrested by police in connection with the scandal.

The matter was handed over to the CBI in July. Shortly afterwards, state Social Welfare Minister Manju Verma stepped down as media reported that her husband had close links with Brajesh Thakur.