According to Section 6 of the Delhi Special Police Establishment (DSPE) Act, 1946, the CBI needs consent from the respective state governments for conducting investigations in their jurisdictions. 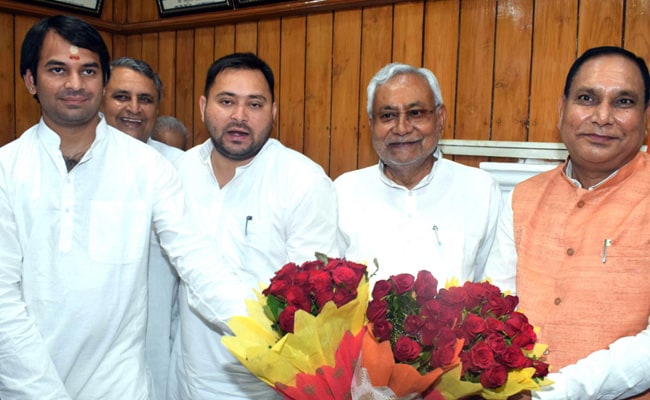 Leaders of the ruling 'Mahagathbandhan' in Bihar on Sunday called for withdrawing the general consent to the CBI, alleging that the agency was being used by the BJP-led government at the Centre for political purposes.

According to Section 6 of the Delhi Special Police Establishment (DSPE) Act, 1946, the CBI needs consent from the respective state governments for conducting investigations in their jurisdictions.

Nine states, including West Bengal, Chhattisgarh, Rajasthan, Punjab and Meghalaya, have withdrawn general consent for the Central Bureau of Investigation (CBI) to probe cases in their jurisdiction.

RJD leader Shivanand Tiwari told PTI that the way the central agencies are being misused to target the BJP's political rivals, the grand alliance government in Bihar must take back the consent given to CBI.

"Besides, option should also be explored by the state government to approach the judiciary to check the misuse of central agencies," he said.

"I must say that the central investigative agencies have lost their credibility during the NDA regime," he said.

Chief Minister Nitish Kumar's JD(U) said it was the right time to withdraw the general consent to the CBI.

"The way central agencies such as CBI, ED and Income Tax Department are being misused to ruin the image of opposition leaders, people of Bihar are watching, and they will give a befitting reply at the appropriate time," said state minister Madan Sahni of JD(U).

CPIML(L) MLA Mehboob Alam claimed that there was no doubt that the central agencies were being misused by the Centre to destabilise non-BJP governments in the states.

"All central investigative agencies are working with political motives and they never act against BJP leaders. Our grand alliance government in Bihar should immediately withdraw the general consent granted to the CBI, curtailing the agency's powers in the state," he said.

CPI(M) MLA Ajay Kumar also said that the Bihar government should immediately withdraw its consent to the CBI. Bihar Congress spokesperson Rajesh Rathore said no action by the agencies can be seen against BJP leaders.

"The NDA government at the Centre is dictatorial and they try to suppress voices of the opposition by using central agencies. This should stop now and the Bihar government must withdraw its consent to the CBI," he said.

On the condition of anonymity, a senior RJD leader said that the Bihar government has started working towards withdrawing the consent given to the CBI.

The grand alliance or 'Mahagthbandhan' in Bihar comprises seven parties - JD(U), RJD, Congress, CPIML (L), CPI, CPI(M) and HAM, which together have more than 160 MLAs in the 243-strong assembly.

The CBI on Wednesday searched the premises of several RJD leaders in Bihar in connection with the alleged land-for-jobs scam that took place when Lalu Prasad was the railway minister. The operation took place on a day when the chief minister, who parted ways with the BJP to ally with the Rashtriya Janata Dal (RJD), was scheduled to face a trust vote in the state assembly.

In terms of the provision of Section 6 of the DSPE Act, 1946, some state governments have granted general consent to CBI for the investigation of specified class of offences against specified categories of persons, enabling CBI to register and investigate those specified matters.

Mizoram, West Bengal, Chhattisgarh, Rajasthan, Maharashtra, Kerala, Jharkhand, Punjab and Meghalaya have withdrawn or not given general consent to the CBI to investigate cases, according to the minister's reply In states where general consent has not been accorded or where the general consent does not cover the particular case, there is requirement of specific consent of the state government under Section 6 of the DSPE Act, 1946.

Only when the consent of the state government is received, can extension of jurisdiction of CBI under provisions of Section 5 of the DSPE Act, 1946, be considered.

The Supreme Court and high courts also entrust matters for investigation or enquiry to CBI and in such cases, there is no requirement for any notification conveying consent under section 5 or 6 of the DSPE Act, 1946.