Bihar Rape Scandal: "Grinning" Kingpin In Jail, But Not Quite

Bihar shelter home rapes: Sources say jail officials are worried that "something could happen" to main accused Brajesh Thakur in the cell

Brajesh Thakur, the man arrested for the rape and torture of more than 30 girls at a shelter home in Bihar managed by his NGO, is not in a jail cell but resting in the hospital wing. Thakur, 50, was arrested on June 2. Weeks later, he was shifted to a hospital in the prison in Muzaffarpur and he remains there.

Asked why, Chief Minister Nitish Kumar responded with another question and passed it on to an official.

"Why are you asking me this? Ask the secretary in charge of the social service, police departments. Please call the home secretary now," Nitish Kumar said to a reporter at his press conference on the Bihar shelter home rapes.

According to jail officials, Thakur has severe diabetes, back pain and a weak heart. Sources say the officials are worried that "something could happen" to him in the cell.

The Director General of Police, KC Dwivedi, said Thakur is in hospital on the court's order because he is in judicial custody. He admitted that the court did not grant his custody to the police, instead asked the police to interrogate him in jail.

Senior police officer KC Dwivedi said if Thakur is in the jail's hospital, it's on the court's order because he's in judicial custody. However, despite asking the court, the investigating team at Muzaffarpur did not get Thakur's remand.

Thakur, whose NGO ran many shelter homes, is one of the 10 people arrested for the rape, beatings and torture of girls, some as young as seven, over the past four years. The girls were drugged, raped, forced to sleep naked and scalded with boiling water by Thakur and his staff, a police charge-sheet has revealed. 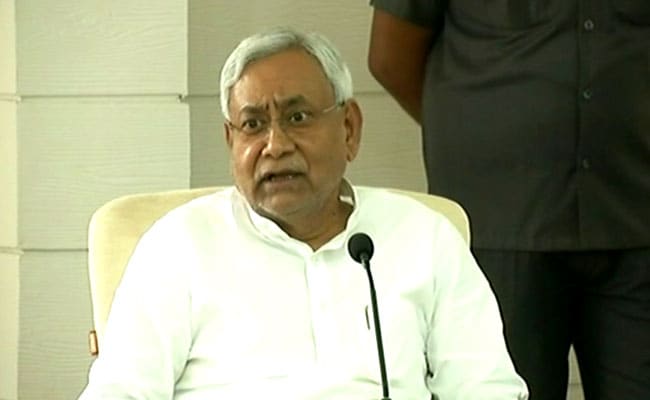 On why Brajesh Thakur is resting at the hospital wing, Bihar Chief Minister Nitish Kumar responded with another question and passed it on to an official.

The charge-sheet details a network of police, politicians, administration and criminals exploiting and torturing the girls.

In a photo in which he is being led away by the police, handcuffed, Thakur sports a grin that appears to display his complete lack of remorse.

Thakur allegedly has links in Patna's corridors of power. He ran several non-profits and was a member of several state-level media committees, including the press accreditation, Press Information Bureau and the Bihar assembly press committee.