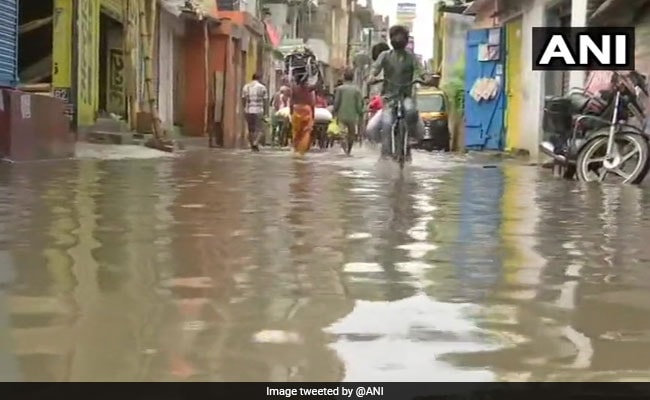 Monsoon news: Heavy rain and water-logging at Patna in Bihar

Gopalganj in north Bihar reported 13 deaths and several injuries due to lightning during the thunderstorm on Friday, administrative officer Upendra Pal has confirmed, says a report in news agency ANI.

Heavy rain in Bihar and eastern Uttar Pradesh is due to a monsoon trough running from Punjab to east Bihar across Haryana and Uttar Pradesh, the IMD said, adding that very heavy rain is likely at some places in eastern UP during next three or four days. Red alert from heavy rain continues in the states of Assam, Sikkim, Himalayan foothills of Bengal and Meghalaya.

A trough at mean sea level runs from Punjab to east Bihar across Haryana & Uttar Pradesh.

Thunderstorm accompanied with lightning very likely at a few places over East Uttar Pradesh, Bihar and Jharkhand during next 4-5 days.

Monsoon has covered the entire country today, two weeks earlier than the scheduled date, according to the IMD. The monsoon usually hits Kerala on June 1 and it takes about 45 days to reach Sriganganagar in western Rajasthan, its last outpost in country.

In Odisha, monsoon has been active and the state has received 26 per cent higher rainfall than the normal at this time of the year.