Monsoon Covers All Of India Nearly 2 Weeks Ahead Of Schedule: IMD

Weather forecast: The entire country has been covered by the monsoon today, the met office said. Heavy rain has been predicted in several states.

Monsoon has advanced to cover the entire country two weeks earlier than the scheduled date, the India Meteorological Department said today. It hit the remaining parts of Rajasthan, Haryana and Punjab this morning, bringing relief to farmers at a time the economy is struggling with the impact of the extended coronavirus lockdown. Parts of Delhi and Rajasthan experienced rain along with gusts of wind in the day.

The annual monsoon usually hits Kerala on June 1 and takes about 45 days to reach Sriganganagar in western Rajasthan, its last outpost in country. "The Southwest Monsoon has further advanced into the remaining parts of Rajasthan, Haryana and Punjab and thus it has covered the entire country today," IMD officials told news agency PTI.

The monsoon advanced ahead of time due to a low-pressure area over the Bay of Bengal and a cyclonic circulation over central India, according to the Met department. 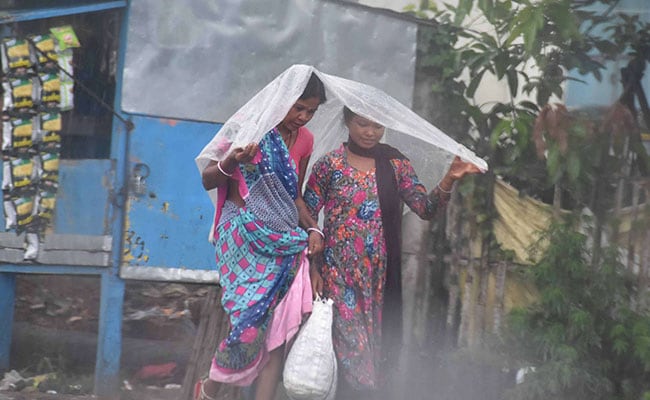 Weather today: Monsoon has been active over large parts of India, said the IMD

Over 80 people were killed in Bihar and at least 24 in Uttar Pradesh after being struck by lightning during thunderstorms on Thursday.

In Odisha, the monsoon has been active and the state has received 26 per cent higher rainfall than the normal at this time of the year. The state has seen heavy rain between June 1 and 25. "Koraput district has received the highest rainfall followed by Angul, Kandhamal, Nabarangpur districts. 25 districts have received normal rainfall whereas five coastal were deficient," HR Biswas, state IMD Director, said.

The north-eastern states have also been getting heaving rain. In Assam, the flood situation is grim and water levels of the Brahmaputra river have risen in Guwahati. Nine districts in the state are badly hit; Dhemaji is the worst-affected. Nearly 19 lakh people have been affected by floods and 11,468 people have been moved to relief camps.

An early arrival of monsoon was last recorded in 2013, when the entire country was covered by June 16. This had coincided with the deadly Uttarakhand flash floods. "After 2013, monsoon has covered the country so rapidly this year," IMD Director General Mrutunjay Mohapatra said.