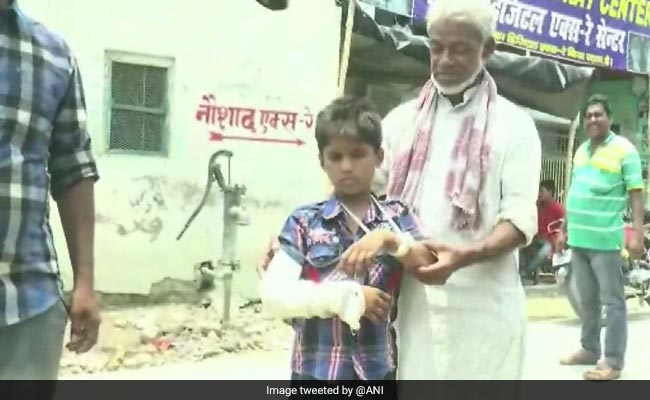 The case of medical negligence reached the State Health Department.

A boy fell from a mango tree in Bihar and fractured his left hand. When he went to get the doctor, he cast the plaster on his right hand instead.

"I tried telling them while they were giving me the treatment, but they did not listen to me and put the plaster on the wrong hand," seven-year-old Faijan said.

"An investigation should be carried out. We were not even provided with a single tablet by the hospital," she said.

The case reached the State Health Department and minister Mangal Pandey asked the Superintendent of the medical center to brief him on the same.

"Health Minister has asked me to investigate the matter and seek clarification from the concerned team regarding this negligence. I condemn this incident and I am trying to fix the issue. People involved in the incident will be punished," said Dr Raj Ranjan Prasad, superintendent of the medical center.