Gupteshwar Pandey, who joined the JDU on Sunday in the presence of Chief Minister Nitish Kumar, is widely tipped to contest next month's election from his hometown of Buxar 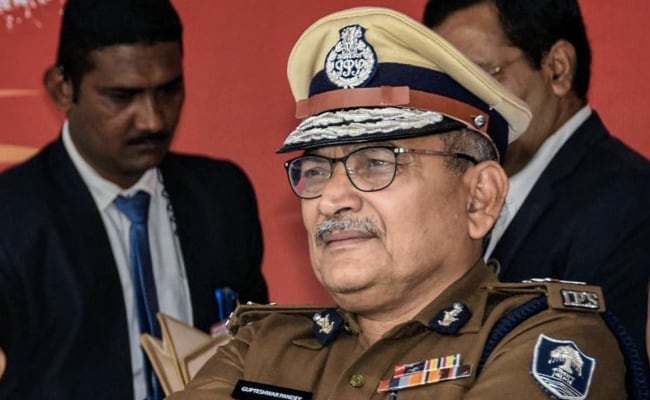 Maharashtra Congress on Monday said that Bihar's ruling Janata Dal United must not give former top cop Gupteshwar Pandey - who joined the party on Sunday- a ticket to contest next month's election because his remarks about Mumbai Police over the Sushant Rajput case, had "insulted" the force.

To do so would be "quite painful", particularly because former Maharashtra Chief Minister Devendra Fadnavis was poll in-charge for the BJP - the JDU's ally in the government - party spokesperson Sachin Sawant declared.

"It will be quite painful if BJP's ally JD(U) gives ticket to Gupteshwar Pandey, who had insulted Mumbai Police and defamed Maharashtra, at a time when Devendra Fadnavisji is BJP's Bihar in-charge," Mr Sawant tweeted in Hindi.

"The people of Maharashtra will ask several questions if Fadnavisji does not oppose it staunchly," he added.

Gupteshwar Pandey, who also made a shocking remark about actor Rhea Chakraborty's "aukat (stature)", joined the JDU on Sunday in the presence of Chief Minister Nitish Kumar and is widely tipped to contest the elections from his hometown of Buxar.

Mr Pandey, who is a vocal support of Nitish Kumar and has claimed to be known for his "impartial police work", made headlines early last month after alleging Mumbai Police "forcibly" quarantined a senior Bihar police officer deputed to investigate a claim filed by Mr Rajput's family in Patna. 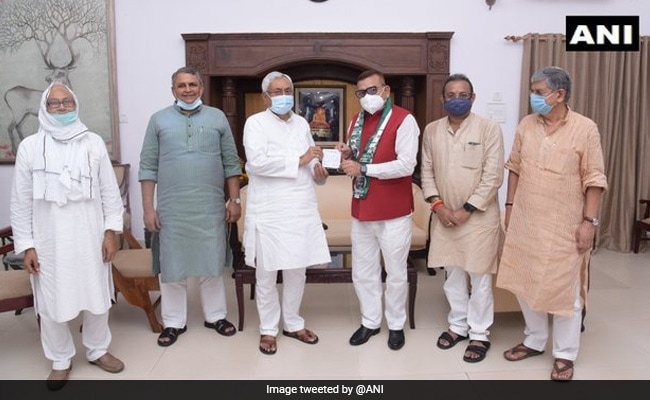 Civic authorities in the Maharashtra capital  pointed out that Vinay Tiwari, the police officer, had been asked to stay in quarantine as standard protocol for inter-state travel during the coronavirus pandemic.

Mumbai and Bihar cops waged a bitter turf war over inquiries into Mr Rajput's death; the actor died in Mumbai but his family filed a police case in Patna.

Mr Pandey had also cast doubts over his Mumbai counterparts' handling of the case and was among the most vocal in pushing for the CBI to take over.

The Sushant Rajput case has become an emotive issue in Bihar, with the BJP putting up posters that, the Congress claims, drags Mr Rajput's name into politics for electoral gains.

Earlier this month Mr Fadnavis was asked if he believed the Sushant Rajput case would, indeed, become an election issue. The former Maharashtra Chief Minister said the BJP did not want that but also said "we will not stop until justice is done".

"That is why we say, na bhoolenge, na bhoolne denge (we won't forget, we will not let anyone forget)," he said, referring to the phrase on the posters put up by BJP's cultural unit in Bihar.

The Bihar election - the first major voting exercise to be held in the world during the Covid pandemic - will be spread over three phases starting October 28.

The results are expected November 10.