Noticing the vacuum, leaders like actor-politician Kamal Haasan and Rajinikanth have muscled in, although only one is contesting this election.

The deaths of two of the biggest icons of Dravidian politics have brought a sea change in Tamil Nadu's politics. In a span of less than three years, Tamil Nadu has lost both J Jayalalithaa and M Karunanidhi, leaving the state in the hands of the GenNext - E Palaniswami and O Panneerselvam on one side and MK Stalin on the other.

Noticing the vacuum, leaders like actor-politician Kamal Haasan and Rajinikanth have muscled in, although only one is contesting this election.

There is also the X-factor, TTV Dhinkaran. The nephew of Jayalalithaa's live-in aide VK Sasikala, Dhinakaran has caused a split in the ranks of the ruling AIADMK and delivered a surprise victory in Jayalalithaa's home turf - the RK Nagar seat in Chennai - by claiming to be the true inheritor of her legacy. 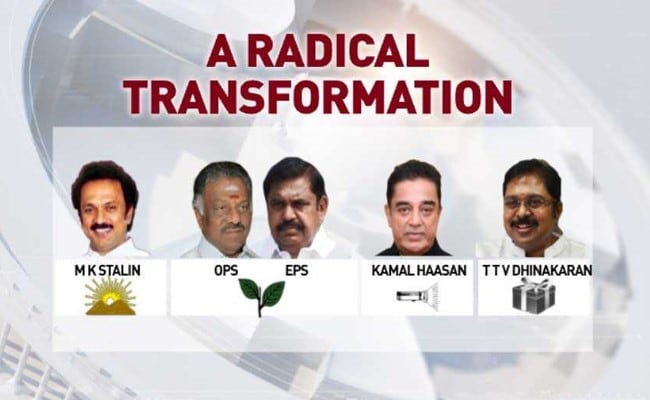 Wide disparity in performance of the winning party and the runner-up can be expected in every state of the country.

Data from past elections show that since 1952, most states have delivered a "landslide" verdict; 77 per cent of Lok Sabha elections show a landslide result in the states, where the winning party gets more than double the seats of the losing party.

Tamil Nadu tops the list of these states, having delivered a "landslide" verdict in 94 per cent of the elections. 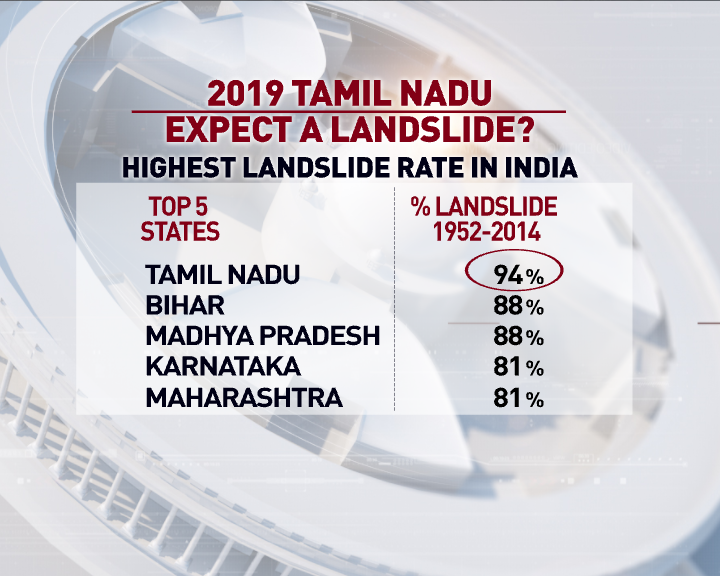 It is also the state which has delivered a big victory margin to the winner. 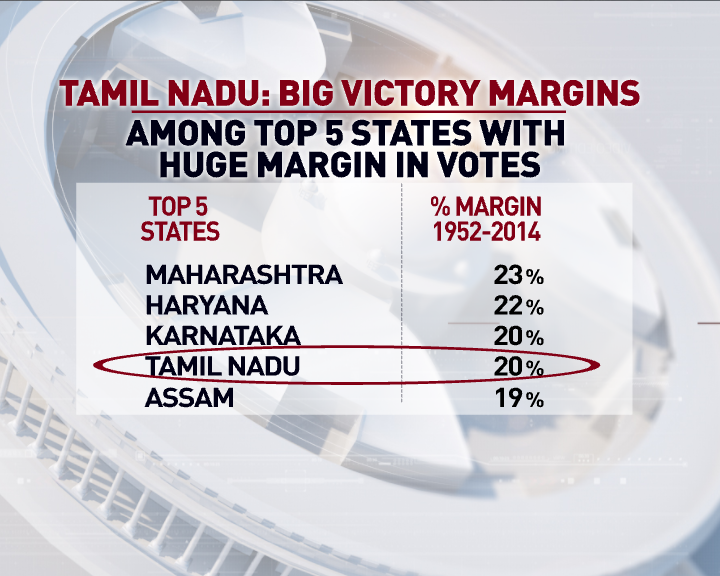 Still, mainstream parties like the Congress and the BJP have not benefitted from this quirk of the state in decades.

Since the 1980s, the popularity of Dravidian politics and Tamil pride has shrunk the space for national parties to practically nothing. The Congress, which once had a 20 per cent voteshare in the state, is now down to four per cent. 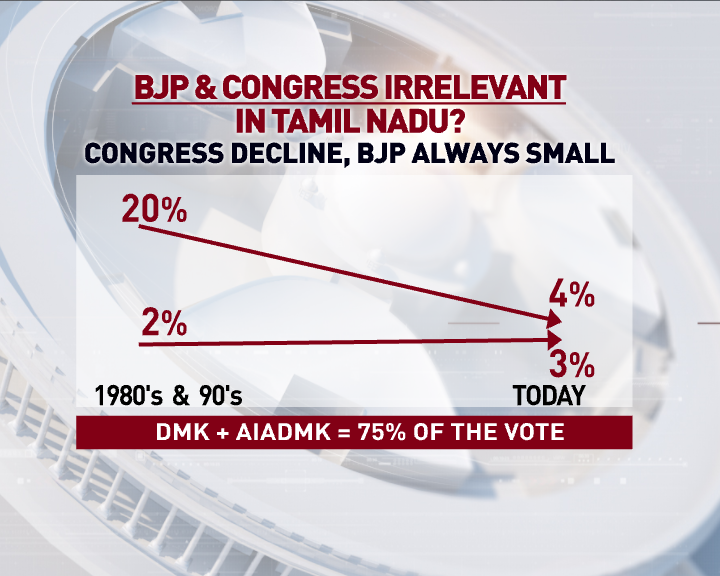 The BJP, which never had any presence in the state, has now tied up with the AIADMK - a development unthinkable in the lifetime of Jayalalithaa.

The AIADMK had supported the NDA government led by Atal Bihari Vajpayee in 1998, but withdrew support after 13 months, leading to the government losing trust vote by a single vote in April 1999. 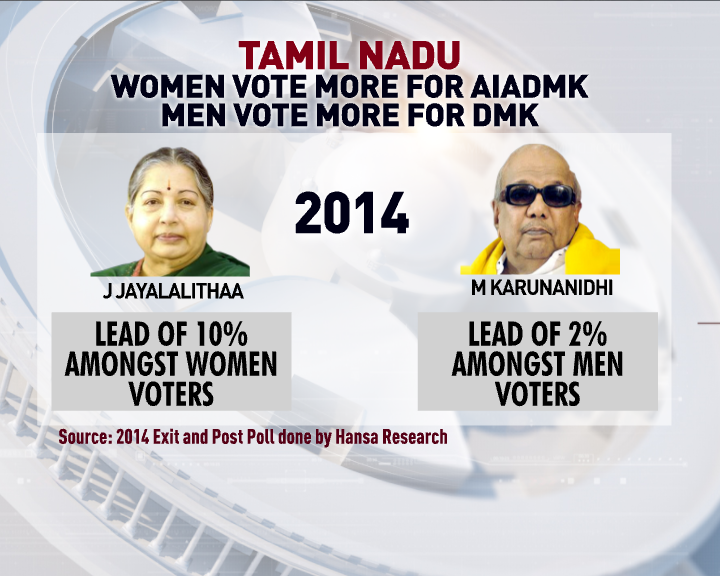 Tamil Nadu has 10 bellwether seats - one of which has correctly predicted the outcome of 11 Lok Sabha elections. 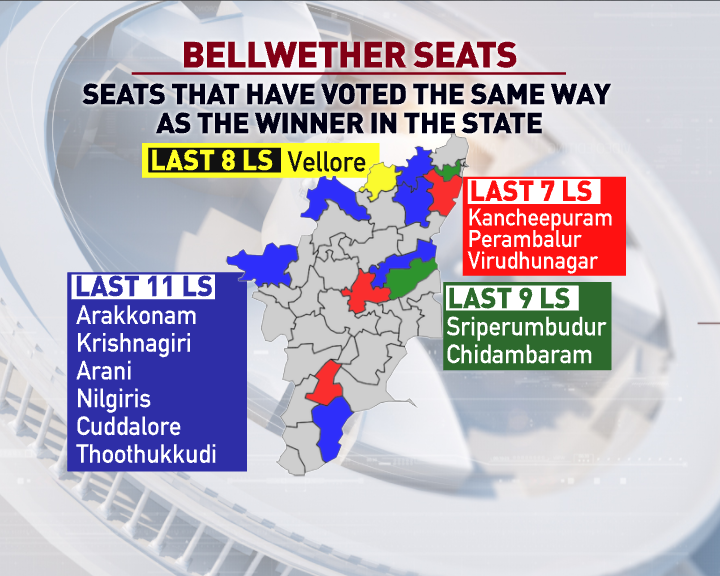 Elections for the 39 Lok Sabha seats in Tamil Nadu will be held in a single phase on April 18. The results will be declared on May 23.