Sources said the decision to retire Professor Shai Kumar Chaube of the university's Zoology Department was taken during an executive council meeting, chaired by vice chancellor Rakesh Bhatnagar, in Delhi on Friday. 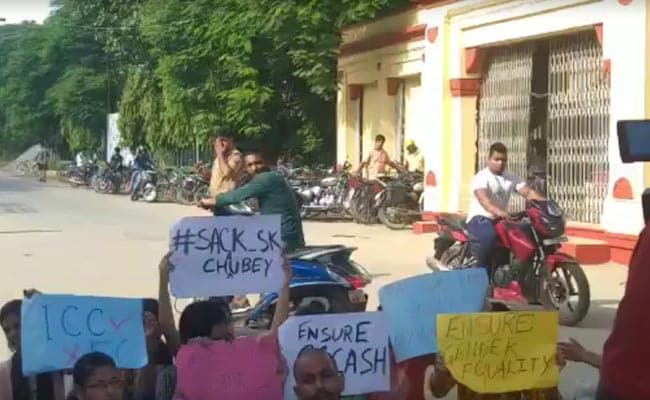 Woman students of BHU had accused the professor of sexual misconduct during a trip in October last year.

A professor at Banaras Hindu University, who was accused of sexual misconduct by some students and was suspended last year, has been sent on compulsory retirement, sources said on Sunday.

They said the decision to retire Professor Shail Kumar Chaube of the university's Zoology Department was taken during an executive council meeting, chaired by vice chancellor Rakesh Bhatnagar, in Delhi on Friday.

Woman students had accused Professor Chaube of sexual misconduct during a trip to Bhubaneswar-Puri in Odisha in October last year.

They had accused him of passing vulgar comments and also making obscene gestures during their tour.

The accused professor was suspended in October last year on the charges of sexual misconduct levelled against him by some students of his department.

In June, however, the BHU executive council, the highest-decision-making body of the varsity, revoked his suspension even though it censured and restricted him for taking academic classes. But he returned to taking classes earlier this month which triggered protests, a student had said.

As the protest was reported, the National Commission for Women had on September 16 sought an action taken report from the BHU. The women's panel had also sought a report from the university's internal complaints committee (ICC).

The students had called off their strike after the BHU Vice Chancellor assured them that the matter would be reconsidered and referred back to the executive council for a review.