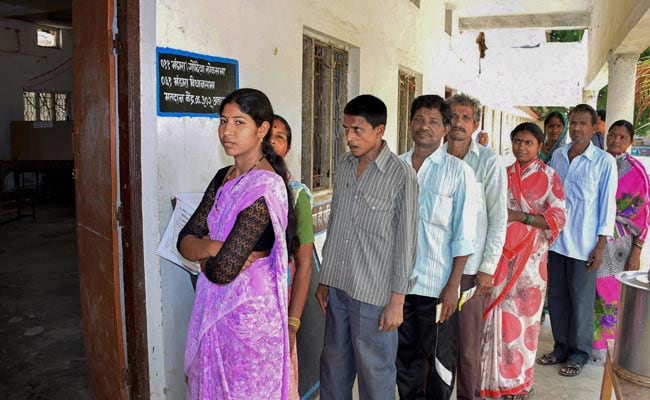 Mumbai: An estimated 45 per cent voters cast their vote in the repolling held at 49 booths in the Bhandara-Gondiya Lok Sabha constituency in Maharashtra till 5 pm today, an election official said.

As the polling continued till 6 pm, final figures of voting were yet to to be , the official said.

"No reports of EVM glitches were received as of 5 pm today", the election official said here.

The counting of votes will start at 8 tomorrow morning, along with the counting in Palghar constituency.

During the by-election held on May 28, 53.15 per cent of the electorate had cast their vote in Bhandara-Gondiya, where Hemant Patle (BJP) and Madhukar Kukde (NCP) are the main candidates along with sixteen others.

The by-election was necessitated by resignation of BJP MP Nana Patole, who later also quit the party.

Promoted
Listen to the latest songs, only on JioSaavn.com
The EC yesterday ordered re-polling at 49 booths in five of the six assembly segments in Bhandara-Gondiya.

Polling for both, the Palghar and Bhandara-Gondiya Lok Sabha seats, in Maharashtra on May 28 were marred by reports of malfunctioning of EVMs and voter-verifiable paper audit trails (VVPATs). However, no re-polling was ordered in the Palghar Lok Sabha constituency.