Bhagat Singh Koshyari replaces Vidyasagar Rao, who was the governor from 2014. 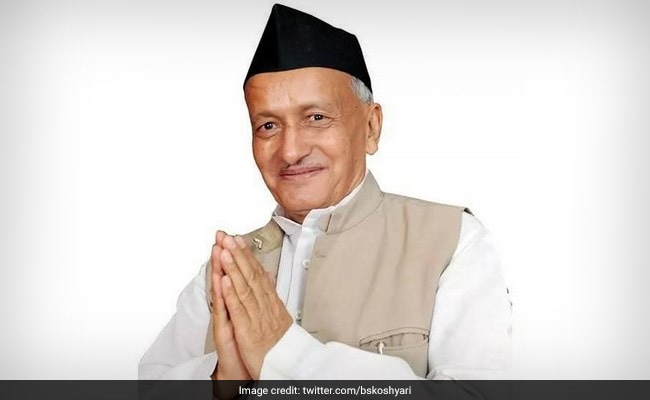 Bhagat Singh Koshyari read out his entire oath in Marathi.

Chief Justice of the Bombay High Court Justice Pradeep Nandrajog administered the oath of office to Mr Koshyari at the sea-facing Raj Bhavan in South Mumbai.

In a surprise to all invitees, Mr Koshyari read out his entire oath in Marathi.

Mr Koshyari replaces Vidyasagar Rao, who was the governor from 2014.

Soon after taking oath as the 19th Governor of Maharashtra, Mr Koshyari extended his greetings and good wishes to all teachers on the occasion of Teacher's Day.

Incidentally, Mr Koshyari had briefly served as a teacher at a college in Etah, Uttar Pradesh.