The 'Beti Bachao Beti Padhao' campaign was started by the Modi government to curb female infanticide and promote education of girl child. 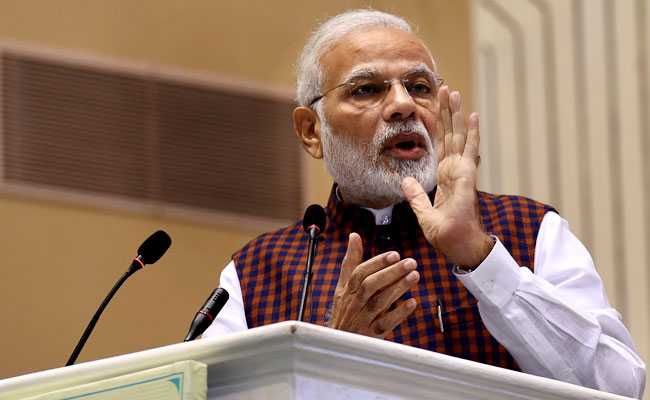 Prime Minister Narendra Modi on Friday said the Beti Bachao Beti Padhao campaign has been a success and has helped the gender ratio in several states, including Haryana and Rajasthan, to improve.

"I can say with pride that with Beti Bachao Beti Padhao campaign, there has been a rise in the number of girls (female ratio) in Haryana, Rajasthan and many other states. Many innocents have got rights. The meaning of life is not only to live, but live with dignity," he said.

The 'Beti Bachao Beti Padhao' campaign was started by the Modi government to curb female infanticide and promote education of girl child.

PM Modi said he was hopeful that the triple talaq bill gets passed by Parliament. The bill is pending before Rajya Sabha with Lok Sabha having already passed it.

The Prime Minister said the government has increased the period of maternity leave from 12 weeks to 26 weeks.

"We have, in a way, protected the right of a newborn so that his mother can stay with the kid for six months. This is a big step. Even this is yet to happen several progressive countries," he said.

Highlighting the legislation on triple talaq and increasing the period of maternity leave from 12 to 36 weeks, PM Modi said through law the government has ensured rights of the citizens and has taken steps to strengthen them.

He also hailed the Ayushman Bharat health insurance scheme, saying 50,000 people have benefited from it within two and a half weeks of its launch.

Through legislation, steps have been taken to ensure that HIV positive patients do not suffer any kind of discrimination and get equal treatment, he said.

In regards to 'divyang', the word has attained respect, he said noting that special provisions have been made for them in government buildings, railway stations and airports.

The Prime Minister said the NHRC has an important role to play in government's efforts to achieve sustainable development goals.

Protection of human rights has been an important part of Indian culture, he asserted.

He noted that after independence, elements such as an independent and impartial judiciary, an active media, an active civil society, and organisations such as NHRC are in place to protect human rights.

PM Modi mentioned steps taken to improve ease of access to justice, such as increasing the number of e-courts, and strengthening of the National Judicial Data Grid. He also described Aadhaar is a technology-based empowerment initiative.