Shivraj Singh Chouhan in Bengal said, "There is a new wave of change in Bengal". 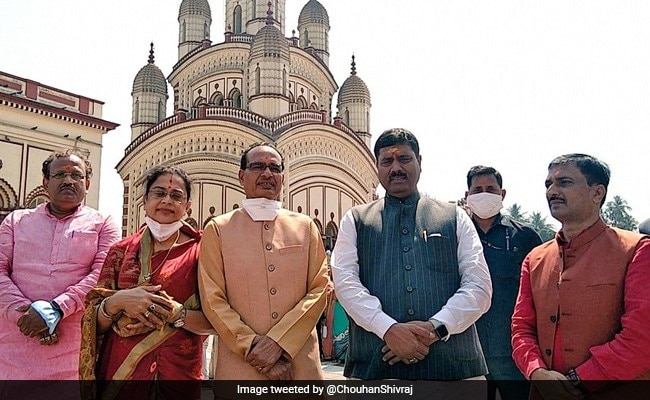 Madhya Pradesh Chief Minister Shivraj Singh Chouhan on Sunday said there is wave of change in West Bengal as he coined a new slogan '2 May Didi-Gayi, BJP Aayi'.

He also attacked the Trinamool Congress, saying that "after the communist and Congress, now TMC has runied the state".

"There is the wave of change in West Bengal. Trinamool Congress (TMC) did not let farmers and the poor benefit from the Centre's policies. There is violence and corruption in the State. First, it was the communist and then Congress, who ruined Bengal and now TMC," Mr Chouhan said.

Mr Chouhan also offered prayers at Kalighat Temple in Kolkata during his visit to the state.

"This is a holy land where great men Sri Ramakrishna Paramahamsa,Swami Vivekananda were born here," he said.

"Here is so much violence in the state, and till now 130 BJP workers have sacrificed their lives and these sacrifices will not go in vain. The actual mean of TMC is 'todo, maro aur kato," he added.

The Election Commission of India announced the dates of the Assembly election on Friday. The elections for 296-member Bengal Assembly will be conducted in eight phases.

The Election Commission on Friday announced eight-phased polling in the state from March 27 to April 29.