Sanmoy Bandopadhyay was arrested on various charges including forgery, defamation and intent to provoke breach of the peace, after he criticised the ruling Trninamool Congress on social media. 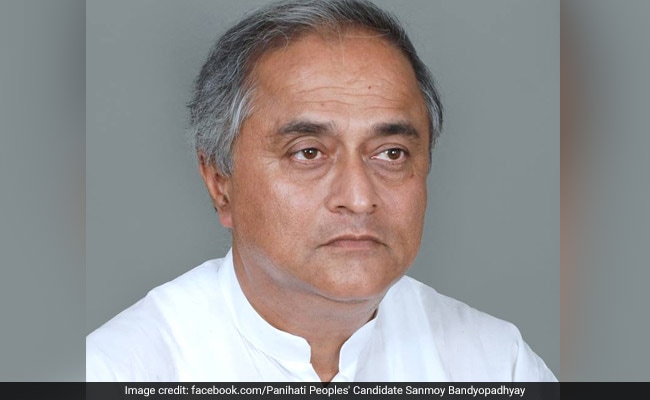 Sanmoy Banerjee said he was subjected torture in jail.

Bailed out on Sunday after two days in police custody, Bengal Congress leader Sanmoy Bandopadhyay alleged that he was subjected to "inhuman torture" and was not allowed to drink a drop of water for 14 hours at the behest of "aunt and nephew" (a reference to Mamata Banerjee and her nephew Abhishek Banerjee) as he had been speaking out against the rule of the "jungle" they had established.

"I had to witness such things on the soil of Bengal. I bow my head in shame while narrating this... It was done under the instructions of the 'aunt' and the 'nephew'," he said.

Sanmoy Bandopadhyay was arrested on various charges including forgery, defamation and intent to provoke breach of the peace, after he criticised the ruling Trninamool Congress through video posts on the social media.

"I was subjected to inhuman torture... They rained 40-50 blows on me," said the journalist-turned-politician, who since June had been posting daily videos on his YouTube channel 'Banglar Barta', sharply critical of the government, senior bureaucrats and police officers.

Sanmoy Bandopadhyay broke down while narrating his ordeal.

"I asked for water so many times, I could see they were all drinking water. But I was not given a single drop to drink for 14 hours. I was made to sit on a stool in the police station. At 4.50 a.m. they took me outdoor, put me in a vehicle, but did not answer my repeated questions as to where they were taking me," he said.

"If I have written anything unjust, there can be a defamation case against me. But what is this? I am indebted to Nepal da (Congress MLA Nepal Mahato). Had he and other party leaders not been there, I wouldn't have survived. There were times when I felt I will die.

"But why should they use the police to torture me? I don't know whether such things happened even in the regime of Hitler or Mussolini," he said.