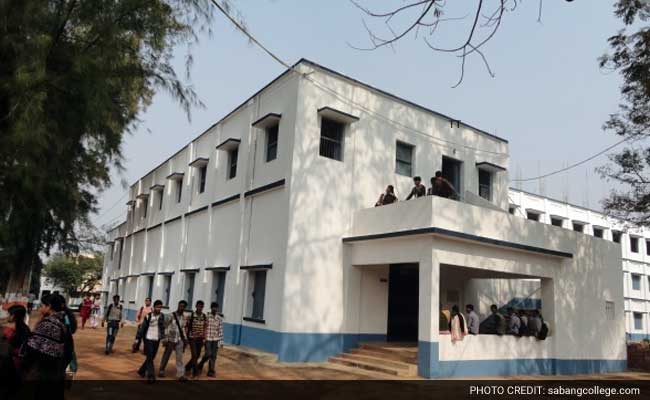 Trinamool Chatra Parishad activists allegedlly attacked the student with iron rods as he was leaving the college.

Trinamool Chatra Parishad activists purportedly ganged up on Krishnapada Jana, a Congress supporter, and attacked him with sticks and iron rods as he was leaving the college at Sabang.

Police said Jana died on the way to the hospital.

The Trinamool Chatra Parishad has denied any involvement in the incident. Both the student wings of the Congresss and the Trinamool Congress have claimed that Jana was their member.

West Bengal Chief Minister and Trinamool Congress chief Mamata Banerjee said, "The incident is unfortunate but Trinamool Congress Chatra Parishad is not involved. It was some kind of student clash. The principal was locked up. The student died from injuries after he was hit with a bat. The police is investigating. I have said strong action must be taken."

The incident happened around 2:30 pm on Friday at the Sabang Sajanikanta Mahavidyalay after some Congress students reportedly refused to attend a felicitation of West Bengal minister Soumen Mahapatra.

Students supporting the Trinamool Congress and the Congress party had earlier clashed over the issue, reports said.

Mr Mahapatra, the Water Resources Investigation and Development Minister, however has denied that he was even in the area.

TMCP district working president Prodyut Ghosh told the Press Trust of India that the clash was the result of an "internal feud within Chhatra Parishad" and four members of the student union were hospitalised after it.

The Congress Chatra Parishad has called for a one-hour statewide 'chakka jam' or road blockade protest tomorrow from 11 am.