Benami Attachments Worth Crores May Fall Flat As No Authority For 1.5 Years 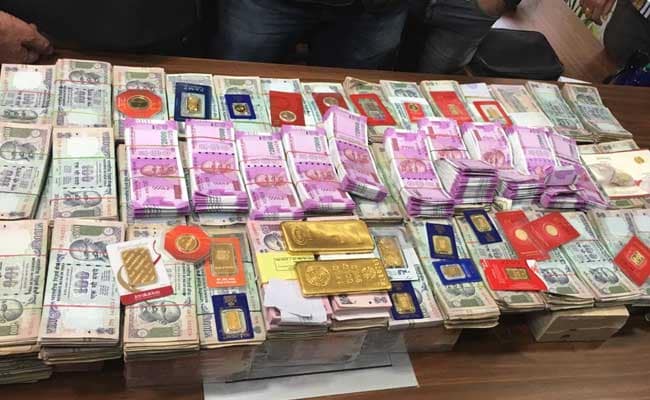 Income Tax department has set up 24 benami properties unit in its investigation wings across the country.

New Delhi: Over 780 benami asset attachments worth crores of rupees run the risk of being invalidated in the near future as the government has failed to create a designated adjudicating authority for over a year-and-a-half since the stringent law was enforced to deal with black money and corruption.

The Benami Property Transaction Act, enacted in 1988, was revived and enforced by the current government from November 1, 2016, the month that also saw demonetisation of two big currencies of the country by a declaration made by Prime Minister Narendra Modi.

Section 7 of this law, that attracts a rigorous imprisonment of up to seven years and fine up to 25 per cent of the fair market value of the property, requires the government to create an independent 3-member Adjudicating Authority (like the one for PMLA) that will decide on the validity of the attachment of properties made under this legislation by the Income Tax Department (ITD).

In the absence of such an authority for over 1.5 years now, the government has entrusted the task of handling these cases on an ad-hoc basis and as a "transitional" arrangement to the already short-staffed and over-burdened Adjudicating Authority for the Prevention of Money Laundering Act (PMLA), a stringent law enforced by the Enforcement Directorate.

Official records accessed by PTI show that while over 860 such cases have been finalised by the tax department and sent to this authority till now, only about 80 could be adjudicated, leaving a pendency of about 780 cases bearing attachments worth crores of rupees and involving some very high-profile individuals, politicians, bureaucrats and others.

Worried that these high-value sensitive cases may get "time-barred" or invalidated as benami attachment orders have to be confirmed within an year of issue by the ITD, the Authority has recently asked the Department of Revenue and the CBDT under the Finance Ministry to not send to it the cases and "hold" them with the IT Department, till the new body is constituted.

The Authority, as per official records, has put the government on notice stating if a new body is not created and existing vacancies of members and staff are not immediately posted to the existing setup, "it will be impossible for it to dispose of benami cases in the prescribed time limit...considering the speed at which work is pouring under the benami law."

"If benami cases fail to be adjudicated within the prescribed time, it will lead to major litigation and embarrassment for the government as the drive against benami assets has been the most-talked about action of the government under its flagship anti-black money drive, about which PM Modi has himself spoken at various forums and poll rallies," a senior Finance Ministry official told the news agency.

Records show that the existing Authority is forced to work without a regular Chairman since April 1 as the incumbent retired a day before and has only two working members now.

It has also beseeched the Finance Ministry to provide it at least 9 junior staff members like court masters-- to take down dictations and write judicial orders-- and peons to serve tea and snacks to members and defence counsels in courts.

The Revenue department, records show, has till now not been able to fix a date to thrash out these issues even after it was told by the Authority last year that "immediate steps may kindly be taken for notification/creation of the Adjudicating Authority for the benami law so that public interest does not suffer and the purpose for which the Act was created is effectively met and justice is done."

The Authority has also told the government that it "cannot handle the pressure of work under both the PMLA and the Benami Act and do justice with both" and a single authority cannot handle the two Acts due to "huge work being thrown" at it by two departments of the government-- the ITD and the ED-- after demonetisation and the enforcement of the benami law in 2016.

"An early action in the matter will be highly appreciated," the Authority told the Revenue department even as it suggested that for the time being, some staff could be deputed with it on a temporary basis from the IT Department as it is the agency that has been entrusted with enforcing the benami law in the country.

The benami law mandates that every case under adjudication is mandatorily heard and decided by a two-member bench and hence while deciding these cases within the time limit the manpower is diverted here at the cost of PMLA adjudication, the official said.

Members of the benami authority, as per the scheme of the law, can be a person who has been a Commissioner-rank officer in the IT Department or has held the post of Joint Secretary in the Law Ministry and belongs to the Indian Legal Services.

The Authority, records show, already has a pendency of over 230 PMLA cases at present that are sent to it by the ED after attachment of assets of those charged for money laundering.

Promoted
Listen to the latest songs, only on JioSaavn.com
The ITD has set up 24 benami properties unit (BPU) in its investigation wings across the country to streamline functioning under the new Act and as per data till last year end, the department had attached assets worth more than Rs 2,000 crore for which it issued over 530 notices and made 550 attachments.