'Beef Party' and Protests to Greet Amit Shah in Meghalaya 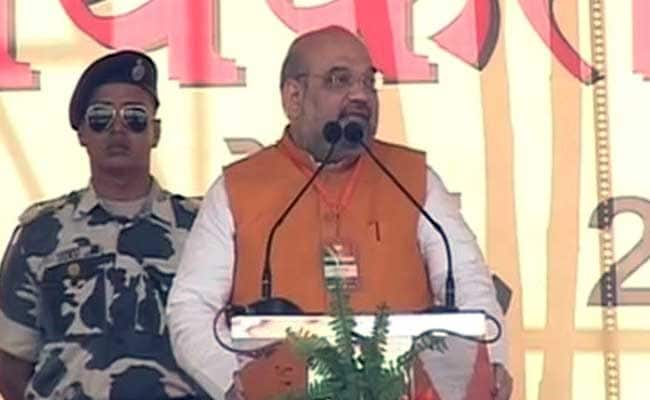 Shillong: The ruling BJP's call for a nationwide beef ban has alarmed its own members and workers in Meghalaya, where party president Amit Shah is likely to be greeted today by a protest "beef party."

"We will not join the protests but we are opposed to a beef ban...Meghalaya is a beef and pork eating state. Bringing legislation on banning cow slaughter and beef is a prerogative of states," said Khlur Singh Lyngdoh, the president of the Meghalaya BJP.

He said the party unit would like to convey to Amit Shah today that a nationwide beef ban is not the correct strategy.

His remarks follow comments by two union ministers, Rajnath Singh and Maneka Gandhi, pushing for a complete ban on cow slaughter.  "Cow slaughter cannot be allowed in this country. We will use all our might to ban it. We will try to build a consensus," Home Minister Rajnath Singh said last month in a speech to spiritual leaders.

The Thma U Rangli-Juki or TUR, a pressure group, has organised the 'beef party' protest where the theme will be to oppose the policies of the BJP government and groups linked to its ideological mentor Rashtriya Swayamsevak Sangh.

"The beef party is not just eating beef burgers or sharing beef soups but a platform where we will have songs, ideas against the party, its ideals and its leader Amit Shah," said the group's conveners Angela Ryngad and Tarun. They said that a ban on beef would also take away the livelihood of thousands in the state.

The protesters have been asked to bring "ideas, banners, posters and beef burgers."

Security has been tightened across Shillong because of a 12-hour shutdown called by the banned militant outfit, the Hynniewtrep National Liberation Council, to protest against alleged atrocities on minorities.

Promoted
Listen to the latest songs, only on JioSaavn.com
Amit Shah is on a tour of northeastern states and has visited Mizoram, Nagaland and Manipur. He is scheduled to arrive in Meghalaya after visiting Sikkim.

For Family of Indian Woman, Who Died By Suicide In US, A Painful Wait