What John Lennon Told Maharishi While Leaving His Ashram After Fallout

Maharishi Mahesh Yogi's ashram, where the world's most famous group sought refuge and spirituality in 1968 and wrote much of their seminal "White Album", fell into disuse in the early 2000s. 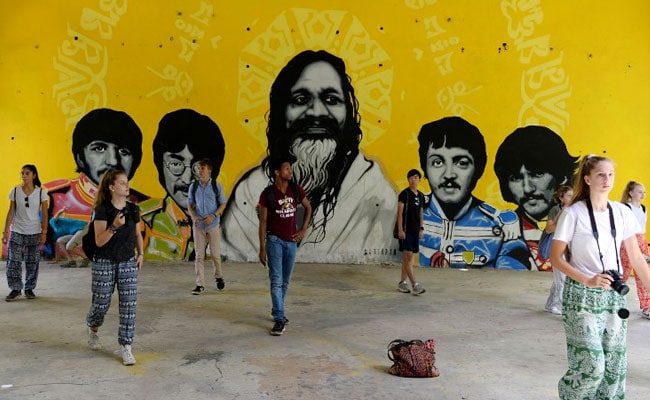 The Beatles helped put Rishikesh on the map for Westerners and popularised Eastern spirituality. (AFP)

Fifty years after the Beatles came to India, the bungalows where the Fab Four lived, the post office where John Lennon sent Yoko Ono postcards and the giggling guru's house are all ruins.

Maharishi Mahesh Yogi's ashram, where the world's most famous group sought refuge and spirituality in 1968 and wrote much of their seminal "White Album", fell into disuse in the early 2000s.

But thanks to the efforts of a group of locals, the site has been reclaimed from the jungle and tourists now roam where tigers and snakes were until recently the most common day trippers.

"Before, people used to sneak in, which could be dangerous," said local journalist Raju Gusain, instrumental in rescuing the area overlooking Rishikesh in northern India.

"There used to be leopard paw marks and elephant dung," he told AFP on a tour of the site. "Now we have erected a fence to stop animals getting in from the tiger reserve next door."

By 1968, following the death of Beatles manager Brian Epstein the year before, fissures were beginning to show between John Lennon, Paul McCartney, George Harrison and Ringo Starr.

But the group found a new mentor: the magnetic Maharishi who promised them happiness and enlightenment without drugs, through transcendental meditation.

The bushy-bearded sage persuaded them to travel to his spiritual retreat in Rishikesh, and so in February 1968 they fetched up with their partners, not knowing quite what to expect. 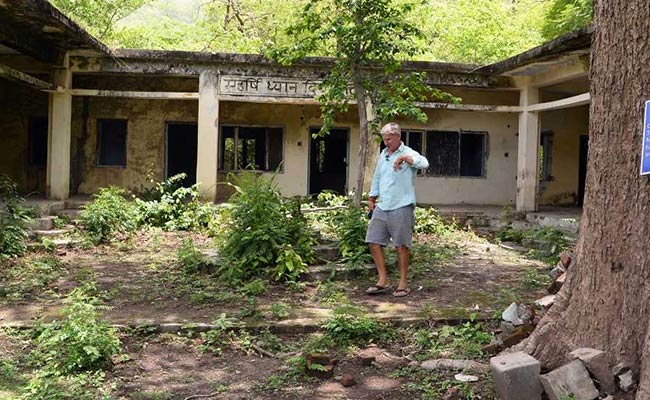 The site has been reclaimed from the jungle and tourists now roam around.

Come out to play

A world away from "Swinging London", the band appeared to reconnect, penning almost 50 new songs.

The local wildlife -- although the song is also supposedly about heroin or Yoko Ono -- inspired "Everybody's Got Something to Hide Except Me and My Monkey" as well as "Blackbird".

McCartney wrote "Why Don't We Do It in the Road" after seeing monkeys openly copulating, while Love's presence helped spark "Back in the USSR", a pastiche of the Beach Boys' "California Girls".

The band -- with the exception of Starr, who brought a supply of baked beans due to his sensitive stomach and left after 10 days -- enjoyed the break and the meditation too.

"I felt like I actually was a feather floating over a hot-air pipe," McCartney recalled later of one session. "And I reported that to Maharishi, and he giggled: 'Yes, this is good!'"

One local old enough to remember is Ajit Singh, the owner of a music shop -- still open -- in the nearby town of Dehradun, who fixed Lennon's guitar and performed at Harrison's 25th birthday.

Turbaned, thin and with a croaky voice, the 86-year-old Singh recalls with twinkling eyes the band wandering into the store one day, pursued by a crowd outside, and him "inviting them home for tea".

"They were very polite with me, they were not haughty or something," he told AFP in his shop. "I always said to people that they were good people."

After a while though, relations worsened between the Beatles and the Maharishi, the atmosphere soured by the yogi's rumoured sexual advances and his evident desire to make money from his famous new pupils.

McCartney left after five weeks and Harrison and Lennon after two months. Asked the reason by the yogi, Lennon is reputed to have told the guru, "If you're so cosmic you'll know why."

But still, the Beatles helped put Rishikesh on the map for Westerners, and popularised meditation and Eastern spirituality. The Maharishi even made the cover of Time magazine in 1975.

His ashram initially thrived but then went into decline and was abandoned in 2001. Nature slowly reclaimed the site, while parts of the buildings were removed and people sneaked in and left graffiti.

But in 2016, paths were cleared, a fence was put up and some of the structures were repaired. Ruins they remain, however, although a few new murals have been added.

The site now charges an entry fee -- 600 rupees ($8.75) for foreigners, 150 rupees for Indians -- and boasts a cafe and a small photo exhibition and some information signs.

One recent visitor was none other than Prudence herself, said Raju Nautiyal, a ranger with the Rajasthan Tiger Reserve who has helped in the clean-up.

"I used to sing 'Dear Prudence' and one day Prudence came to play," he said.

American visitor Atta Curzmann, 68, a "great Beatles fan" inspired to take a lasting interest in Indian spirituality, said she hoped the site would not be restored too much.

"The first time we came four or five years ago it was really run-down and we had to pay baksheesh (a bribe) to get in," she told AFP.

"But I hope they don't make it too lovely and perfect because you want to see that antiquity, that part of it that shows the history."