''They (BJP) are boasting about inaugurating the world's largest party office. They should be ashamed of it. A political party should be humble in its approach and should not behave arrogantly,'' Mamata Banerjee told a public meeting in West Bengal's Bahrampur. 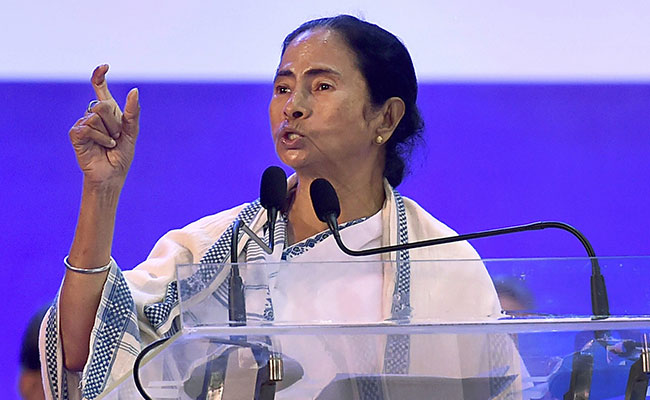 Bahrampur, West Bengal: West Bengal Chief Minister Mamata Banerjee on Monday slammed the BJP for ''boasting'' about its new party office in Delhi and said a political party should be ''humble'' in its approach.

''They (BJP) are boasting about inaugurating the world's largest party office. They should be ashamed of it. A political party should be humble in its approach and should not behave arrogantly,'' the Trinamool Congress (TMC) supremo told a public meeting in West Bengal's Bahrampur.

People do not like to see a political party sitting on crores of rupees, the chief minister said adding that political parties should not be proud of money power as democracy and the voice of the people can never be purchased.

With an area of over 1.70 lakh square feet, the new BJP headquarters in Delhi was bigger than the office of any other political party in the world, party president Amit Shah had said on Sunday while inaugurating the building.

The BJP was quick to hit back at Ms Banerjee, saying it had not built the party office by siphoning off public money in the name of chit funds.

''We have built the party office with our own funds. Our ministers did not siphon off public money in the name of chit funds,'' state BJP general secretary Sayantan Basu said.

West Bengal was rocked by chit fund scams a few years back and the names of certain TMC leaders had also figured in those. 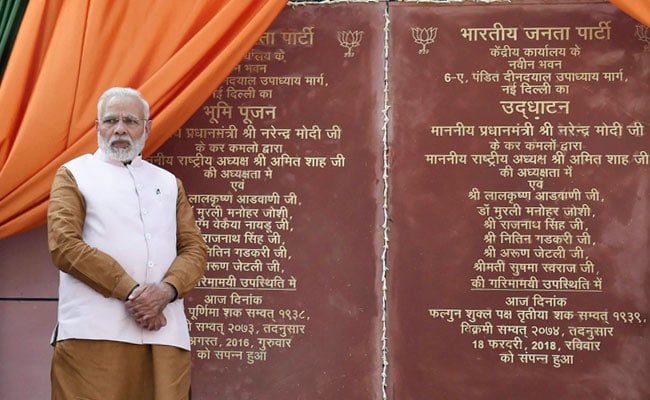 Mamata Banerjee also accused the BJP-led central government of helping fraudsters swindle public money and alleged that a conspiracy was hatched in this regard ahead of demonetisation in November 2016.

She mocked the central government for asking people to link Aadhaar to their bank accounts while ''some others are running away with crores of rupees. People live in misery, while they (BJP) build grand offices".

It was ''India's misfortune'' that it was being ruled by a party like the BJP, she said.

Referring to the alleged fraud at the Punjab National Bank (PNB), the chief minister said, "If you keep money in banks, it will be taken away. If you dig deeper, you will find out that not only PNB, but any other bank is also being looted. Who gave them (fraudsters) protection -- the government has to answer."

Alleging that the bank fraud was being planned from the time of demonetisation, Ms Banerjee claimed that in some banks selected officials were transferred and placed in positions in order to facilitate fraudsters.

''What was the central government doing all these days? Instead of giving speeches on television channels and lectures to others it should act,'' she said.

Criticising the centre over the proposed Financial Resolution and Deposit Insurance (FRDI) Bill, Ms Banerjee claimed that with the help of it the BJP-led NDA government at the centre will take away the depositors' money to bail out banks which were suffering due to huge debts taken by big business houses.

She also alleged that the centre has announced a health insurance scheme without any allocation and want the states to bear 40 per cent of the cost.

Promoted
Listen to the latest songs, only on JioSaavn.com
Lauding the developmental schemes of the state government, Mamata Banerjee said her government does not indulge in politics of division.

''We do not make false promises. We do not deceive people by putting up false statements on TV,'' she added.