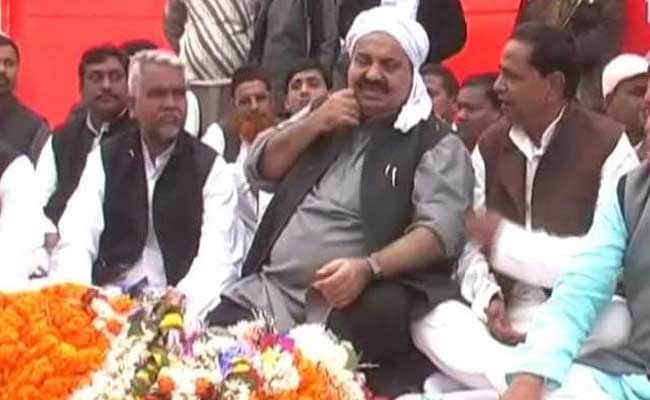 Days after mafia-turned-politician Atiq Ahmed was shifted from Deoria jail to Bareilly jail, authorities at this prison have sought his transfer somewhere else, citing security reasons.

"I have written a letter to the government (Principal Secretary, Prisions) to shift Atiq from Bareilly jail. I have got a letter in this regard from the jail superintendent," Mr Singh said.

Ahmed was Monday shifted from Deoria jail to Bareilly jail after Lucknow-based businessman Mohit Jaiswal accused the former Samajwadi Party lawmaker of getting him abducted and assaulting him inside the prison.

In his police complaint, Mr Jaiswal alleged that Ahmed's son Umar and about 15 others forcibly took away his SUV in which he was driven to Deoria from the state capital.

Mr Jaiswal alleged that he was assaulted by Ahmed and his supporters and forced to sign papers to handover his property worth Rs 40 crore before he was let off.

Ahmed, a person with a criminal record with at least 70 cases against him, including the killing of BSP MLA Raju Pal in 2005 in Allahabad, was lodged in Deoria district jail after being transferred from Allahabad's Naini jail. He is now lodged in Bareilly jail.

He has been incarcerated since February, 2017 after being charged for allegedly assaulting faculty members of an agriculture institute in Allahabad in 2016.