7 Dead In Ambulance-Truck Collision In UP, 6 Were Returning After Check-Up

Bareilly accident: The victims included six members of a family who were returning from Delhi in an ambulance after check-up. 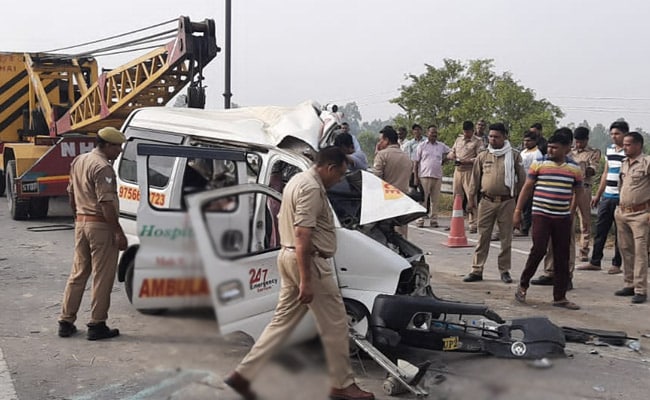 Bareilly accident: The ambulance first hit the divider and then collided with the truck.

Seven people were killed as an ambulance collided with a truck in Uttar Pradesh's Bareilly district today. The victims included six members of a family from Pilbhit who were returning from Delhi in the ambulance after check-up, police said.

The ambulance first hit the road divider and then collided with the truck, resulting in the death of the driver and six other occupants of the vehicle, they said.

The victims have all been identified and their family members were informed. Once they arrive, the bodies will be sent for post-mortem, police said.

Chief Minister Yogi Adityanath has expressed condolences to the families of the victims and directed district officials to provide treatment to those injured, according to his office.

BJP Worker, Cop Among 13 Sent To Jail For Pushing Teen Into Prostitution