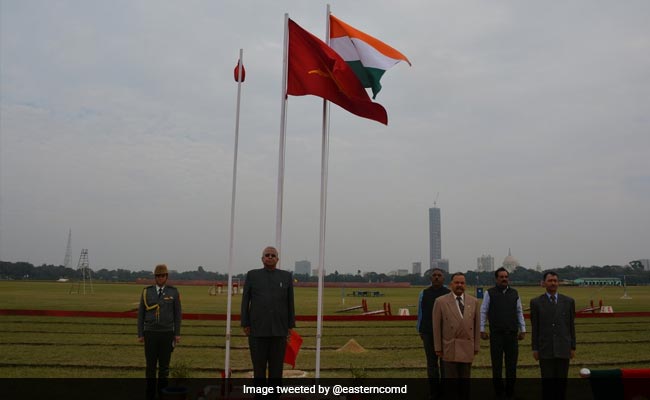 Expressing gratitude to the Indian Armed Forces, members of a visiting Bangladesh delegation today said that the country would not have attained liberation from Pakistan as fast as it did without the Indian forces.

Stating that Bangladesh has not forgotten the contribution of Indian Armed Forces, Bangladesh lawmaker Quazi Rosy said that India extended all help to the people of erstwhile East Pakistan to attain freedom.

"Without you (Indian Armed Forces), we would not have been able to attain independence so fast. Vietnam fought for nine years and we fought for nine months only and it was possible because of you," Rosy, head of a Bangladesh delegation for 'Vijay Diwas' (victory day) celebrations to mark India's win over Pakistan in the 1971 war and birth of Bangladesh, said. 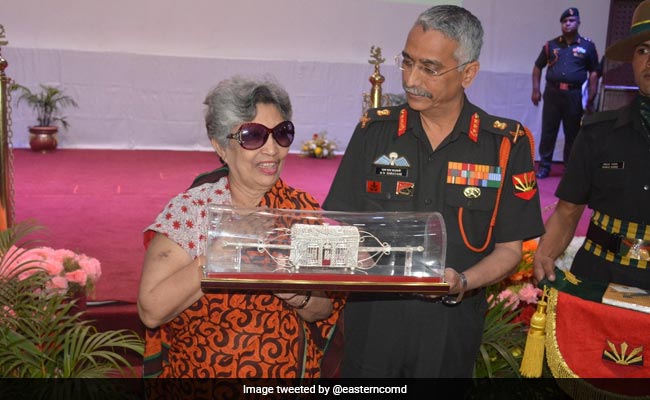 A freedom struggle by the Bengali-speaking majority in East Pakistan against the atrocities committed by Pakistan forces had started in March 1971.

The war between India and Pakistan, that commenced on December 3, 1971, ended within two weeks with Lt Gen AAK Niazi, General Officer Commanding-in-Chief (GoC-in-C) East Pakistan Army, signing the instrument of surrender on December 16.

"The Rohingyas came to Bangladesh, we gave them food and shelter, but you gave us more during our struggle," she said while describing how two crore refugees who fled the Pakistani atrocities in which lakhs of Bengali-speaking people were killed and thousands of women raped, were given shelter, food and security in India.

"We had no money and used to go to shops in the streets of Kolkata seeking medicines and dry food for the Muktijoddhas (freedom fighters) who were fighting for our freedom and they whole-heartedly supported us with the provisions," an emotional Rosy said. 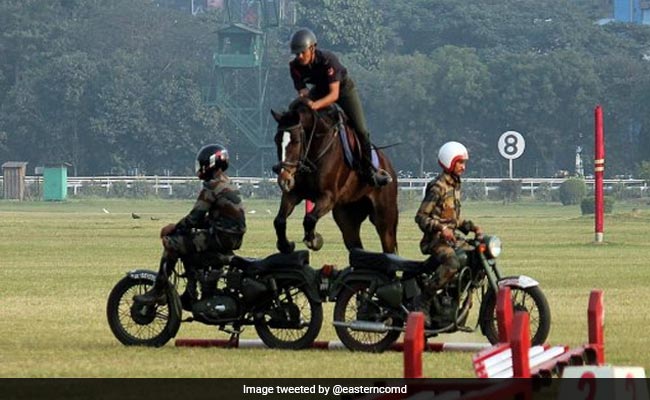 Several other 'Muktijoddhas', who are part of the delegation along with officers of Bangladesh Armed Forces, are in the city to participate in the celebrations to mark India's win against Pakistan in the 1971 war and birth of Bangladesh.

Former Army Chief General Shankar Roychowdhury, while recounting his experiences of the 1971 military operations, said that for mutual security interests and a secure future, the two countries must remain the best of friends.

Lt Gen M M Naravane, GOC-in-C of Eastern Command, said that he was a young boy when the 1971 war took place. "My father was in the Air Force and was posted at the Operations (Ops) room in Delhi and I would wait eagerly for him to come back home to hear some more war stories," he said.

"To hear firsthand accounts by the Muktijoddhas and war veterans recount their first hand experiences send shivers down the spine," Lt Gen Naravane said at the Eastern Command headquarter Fort William, where the Bangladeshi delegation and war veterans came together to share their experiences.

He said that the Indian Army would not have been able to achieve what it did within such a short time without the cooperation and participation of the Muktijoddhas.