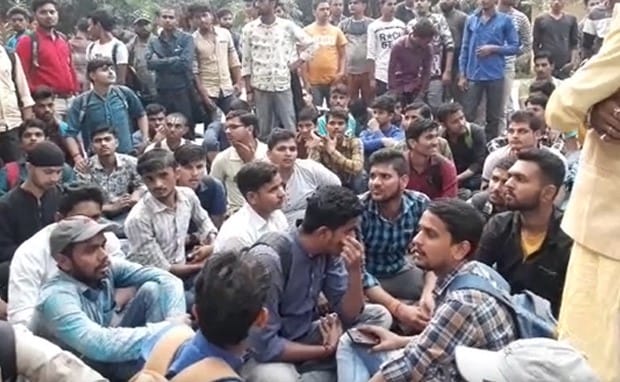 The Banaras Hindu University on Friday backed the appointment of a Muslim professor in the Sanskrit faculty, saying it is committed to providing equal opportunities to everyone irrespective of religion, caste, community or gender.

The clarification comes after the RSS students' wing Akhil Bharatiya Vidyarthi Parishad (ABVP) opposed the appointment of Firoz Khan as an assistant professor in the Sanskrit literature department.

In a statement, the BHU said the administration had already made it clear that the selection committee unanimously recommended the selection of the said candidate on the basis of prescribed guidelines of the University Grants Commission and the central government.

The selection committee, chaired by Vice Chancellor Rakesh Bhatnagar, had met on November 5 and recommended the most suitable candidate for the said position on the basis of the applicants' performance in the interview, it said.

Some students have been staging a sit-in outside the vice chancellor''s office against the selection of Mr Khan in the Sahitya department of the Sanskrit Vidya Dharma Vijnan (SVDV).

The vice-chancellor and other senior officials had on Thursday held discussions with representatives of the protesters for over two hours.

The vice chancellor assured the students that the administration is committed to achieve the objectives of the university in providing equal educational and teaching opportunities to everyone irrespective of religion, caste, community or gender.

Mr Bhatnagar reiterated the BHU Act was being followed in letter and spirit in the ongoing selection process in the university. He appealed to the students to call off their agitation and cooperate in smooth functioning of the faculty.

During the meeting, it was agreed upon that constitutional or legal opinion might be sought on the doubts that these students have with respect to BHU Act.