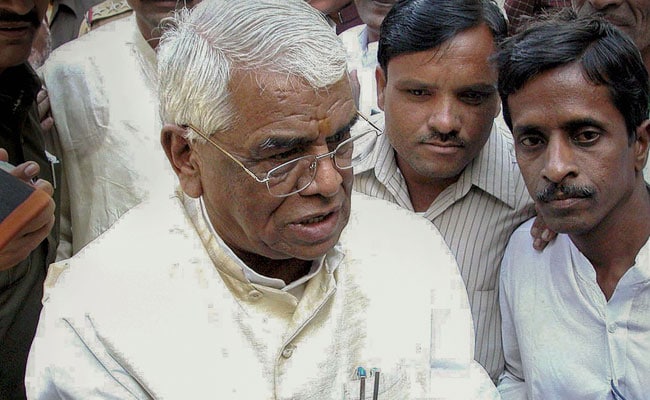 Babulal Gaur, former Madhya Pradesh Chief Minister and a senior BJP leader, died at a hospital in Bhopal on Wednesday. The 89-year-old had been in hospital since August 7, when his blood pressure dropped. Prime Minister Narendra Modi and Defence Minister Rajnath Singh were among leaders who paid tribute to the veteran.

PM Modi tweeted that Babulal Gaur had served people for decades and transformed Madhya Pradesh. "From Jana Sangh days, he worked constantly to strengthen our party. As Minister and CM (Chief Minister) of Madhya Pradesh he undertook many efforts to transform the state," the Prime Minister wrote on Twitter, adding that he was saddened by his death.

Shri Babulal Gaur Ji served people for decades. From Jana Sangh days, he worked constantly to strengthen our Party. As Minister and CM of Madhya Pradesh he undertook many efforts to transform the state. Saddened by his demise. Condolences to his family and supporters. Om Shanti.

Last year, the 10-time MLA from Govindpura was dropped as a candidate by his party for the December state election.

Babulal Gaur was born in Uttar Pradesh's Pratapgarh district on June 2, 1930. He began his career in a cloth mill in Bhopal. A story told on the family is that his father won a wrestling bout in his village and was rewarded by the British with a job in a liquor company in Bhopal.

According to reports, the politician had spoken about working in a liquor shop as a child.

He reportedly quit and started working as a social activist under the influence of the RSS or Rashtriya Swayamsevak Sangh, the ideological mentor of the BJP.

In 2003, his party colleague from the state Uma Bharti, a chief ministerial candidate in 2003, had his name dropped as a candidate but Mr Gaur still managed a ticket.

The very next year, he became Chief Minister after Uma Bharti stepped down. But he lasted only a little over a year, until he was replaced by Shivraj Singh Chouhan.

The government of Madhya Pradesh has declared a three-day mourning in the state following Babulal Gaur's death.