Baahubali 2 has made over Rs 800 crore in India and more than 200 crore in the international markets, reported trade analyst Ramesh Bala 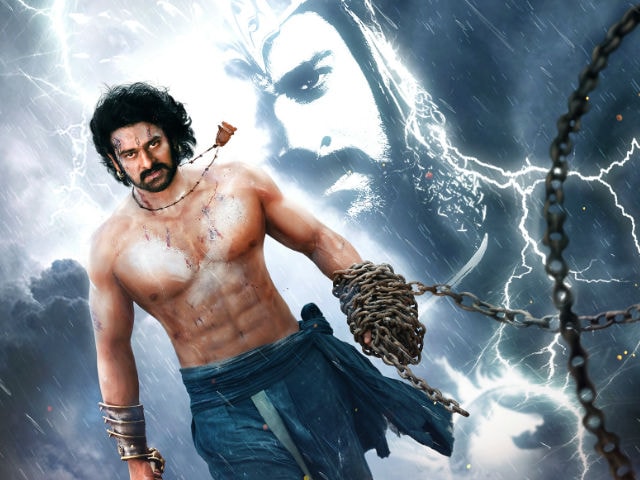 Meanwhile, trade analyst Taran Adarsh tweeted that the Hindi version of Baahubali 2 is the fastest to reach the 300 crore club. See the figures shared by Mr Adarsh below:

This poster says it all... #Baahubali2 is the JEWEL of INDIAN CINEMA... pic.twitter.com/QURPnhFznz

The UNTHINKABLE has happened: #Baahubali2 is the FIRST INDIAN FILM to cross 100 cr in NORTH AMERICA on Sat. ALL RECORDS SHATTERED @Rentrak

Filmmaker Karan Johar, who distributed the Hindi version of Baahubali 2, also tweeted on the mega success of the film.

The biggest milestone has been reached by the biggest blockbuster of Indian cinema!!!! #1000croreBaahubali@ssrajamoulipic.twitter.com/3zjExCl0J9


S S Rajamouli's Baahubali: The Conclusion has received a lot of appreciation from the entire film industry. Last weekend, superstar Rajinikanth lauded the film in a post on Twitter, calling it 'India cinema's pride.' The 66-year-old actor wrote: "Baahubali 2 ... indian cinema's pride. My salutes to God's own child @ssrajamouli and his team!!! #masterpiece."

Filmmakers S S Rajamouli and Karan Johar are elated with the response the film has been receiving worldwide. In a tweet, Mr Rajamouli thanked his fans for all the love and support. "You have given us such a big success that we can keep it in our hearts for the rest of our lives," he wrote.

Its only natural that a big project like Baahubali faces hurdles during release. I must say that the enormous love and support that was

given by Baahubali Fans made us cruise through the obstacles.
Thank you everyone who have been with us for the past 5 years encouraging us

at every turn. You have given us such a big success that we can keep it in our hearts for the rest of our lives.

Promoted
Listen to the latest songs, only on JioSaavn.com
In an earlier interview to news agency IANS, actor Prabhas thanked people for the 'love and support.' "I am very thankful to all the people around me for their constant love and support through this journey of 5 years. It wouldn't be possible without them," IANS quoted Prabhas as saying.

Baahubali: The Conclusion is the continuation of the 2015 super-hit movie Baahubali: The Beginning. The film, which features Prabhas, Rana Daggubati, Anushka Shetty, Tamannaah and Ramya Krishnan in lead roles, reveals the reason behind Katappa killing Baahubali.