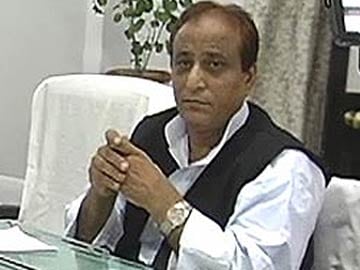 "At present my buffaloes are more famous than Queen Victoria... I wish I was as lucky as my buffaloes," Mr Khan said at an event in Lucknow yesterday.

"You switch on any news channel and you will find me following the buffaloes carrying dung over my head," he said.

The Samajwadi Party leader had been under severe criticism from the media over the massive search operation carried out to recover the seven buffaloes stolen from his farmhouse in Rampur last week.

Promoted
Listen to the latest songs, only on JioSaavn.com
Dog squads, crime branch officials and cops from various police stations had raided slaughter houses and meat shops to collect clues about the stolen animals.

A sub-inspector and two constables of Uttar Pradesh Police were sent to police lines for dereliction of duty following the incident even as the buffaloes were recovered within two days.