Avalanche alert extended to more areas in Jammu and Kashmir 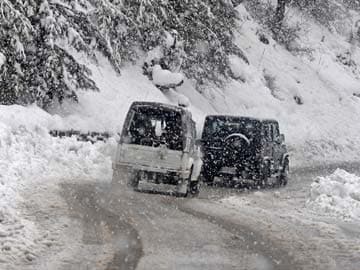 Srinagar: With heavy snowfall continuing in most parts of Jammu and Kashmir for the second day today, authorities extended the high danger avalanche warning to more areas in the higher reaches and asked the people not to venture on steep slopes for the next 24 hours.

He said people living in these snowbound areas have been requested to take precautions and not to venture on steep slopes in the next 24 hours.

Authorities had yesterday issued high and moderate danger avalanche warning for hilly areas after most parts of the state experienced heavy snowfall.

Meanwhile, weather office today predicted moderate to heavy rain or snowfall at most places over Kashmir division and hilly areas of Jammu division.

Light to moderate rain or thundershowers squall accompanied by hail storm would occur at many places in Jammu division, a spokesman of the weather office said.

Promoted
Listen to the latest songs, only on JioSaavn.com
Moderate snowfall is also likely at a few places in Ladakh region particularly in Zojila, Drass and Kargil, the spokesman said, adding that the weather is likely to improve from tomorrow but a fresh Western Disturbance may hit the state on March 15.