Autopsy results on nurse in hoax to be revealed today 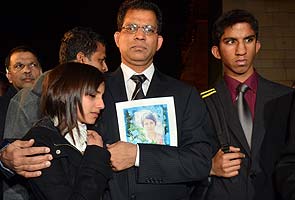 London: London police say the result of an autopsy on the nurse involved in a prank call for information about the former Kate Middleton's hospital stay will be revealed on Thursday.

Scotland Yard said on Wednesday the cause of Jacintha Saldanha's death will not be released until a Westminster Coroner's Court hearing.

Saldanha took the call when two Australian disc jockeys rang up the hospital where the Duchess of Cambridge was being treated for severe morning sickness. The DJs, who were impersonating Queen Elizabeth II and Prince Charles, later broadcast the call.

Promoted
Listen to the latest songs, only on JioSaavn.com
Saldanha was found dead on Friday. Although police have made no connection between Saldanha's death and the prank call, people from London to Sydney have been making the assumption she died because of stress from the call.