At UP Investors Meet, A Hindi-Speaking Robot Will Welcome PM Modi

The Special Protection Group (SPG) has given clearance for the proposal mooted by the organisers of the mega event. Chief Minister Yogi Adityanath has already seen a presentation of the robot, an official said. 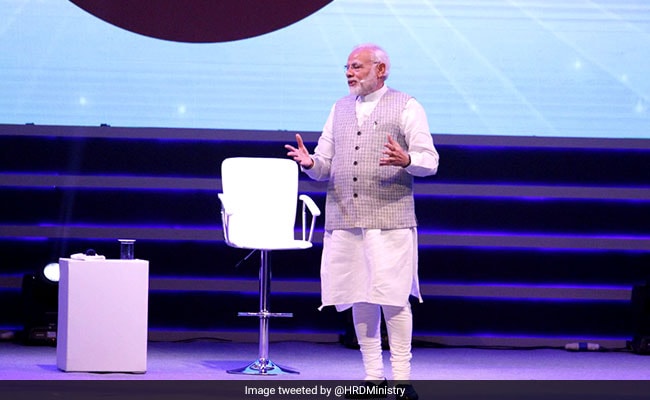 PM Modi is scheduled to have tea with select industrialists like Mukesh Ambani, (File)

Lucknow:  A robot created by a group of students engaged in a startup will welcome Prime Minister Narendra Modi at the inaugural session of the "Investors Meet" in Lucknow on Wednesday, an official said on Tuesday.

The Special Protection Group (SPG) has given clearance for the proposal mooted by the organisers of the mega event. Chief Minister Yogi Adityanath has already seen a presentation of the robot, an official said.

The robot will greet the Prime Minister and other dignitaries by saying "Athithi Devo Bhava" (guests are gods) and by gifting them a rose bud. The robot can speak English and Hindi and has been created by an engineer of Lucknow Milind Raj and his team. The robot identifies persons through their retina scan and can be used in emergencies such as fires, the makers informed.

It can be operated both manually and automatically. Prime Minister Modi will arrive at the Chaudhary Charan Singh International Airport at Amausi in a special Indian Air Force (IAF) plane, after which his cavalcade will drive straight to the Indira Gandhi Pratishthan in Gomtinagar where he will first view an exhibition and then address investors, industrialists, officials, ministers and other lawmakers.

He is later scheduled to have tea with select industrialists like Mukesh Ambani, Gautam Adani and others.

Security has been beefed up in the state capital ahead of the prime minister's visit. More than two dozen envoys from over a dozen countries will also take part in the mega two-day event, which is aimed at attracting investment for the state.

President Ram Nath Kovind will be attending the valedictory session on Thursday.

More than two dozen chartered flights are scheduled to land at the airport and over 100 luxury cars including a fleet of Mercedes cars have been booked by the state government for the VIP guests.

Promoted
Listen to the latest songs, only on JioSaavn.com
All hotels are chock-a-block with investors and Chief Minister Adityanath is hosting a dinner for some 155 top CEOs at his 5-Kalidas Marg official residence on Tuesday night.

More than 900 MoUs have been signed between investors and the state government in various sectors like skill development, IT, food processing and agro-industries, among others, officials said.