At This Ashram, A Guru's Body in a Freezer, Angry Followers and Some Weapons 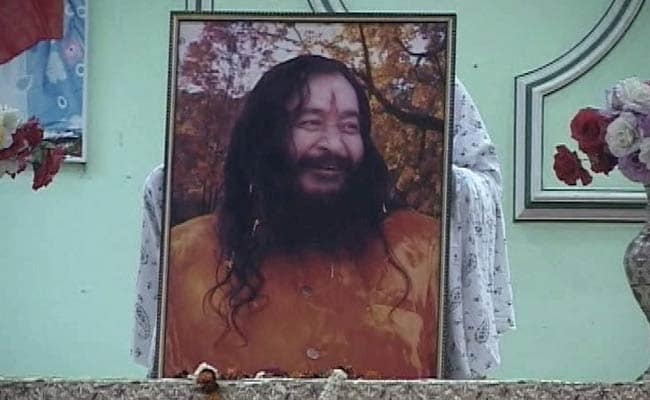 A framed photo of 'godman' Ashutosh Maharaj at the Divya Jyoti Jagrati Sansthan on the outskirts of Jalandhar.

Jalandhar: Police deployment has been doubled at a dera or ashram in Punjab after tension over a High Court order to cremate a guru whose body has been kept in a freezer there for the last 11 months. His followers have refused to perform last rites insisting that Ashutosh Maharaj is in "samadhi" or deep meditation.

On January 29 this year, doctors had said that Maharaj was "clinically dead." His followers have since then not allowed anyone to inspect the body, which is kept in the freezer at the ashram in Nurmahal near Jalandhar. A dera spokesperson said they would appeal against the High Court's order this week to cremate the body within 15 days.

"We have decided to appeal against the High Court order to a double bench...we believe our guru is in deep meditation," he said.

He also said that there are seven or eight licensed weapons inside the ashram.

As the Punjab Police plans how best to implement the high court's order to cremate the body within 15 days, it says it does not want to take chances and will draw its lessons from the recent two-week stand-off at an ashram n neighbouring Haryana, where the self-styled godman Rampal had sequestered himself along with weapons, a private army and many followers to evade arrest.

Rampal's followers had clashed with the police, which had to storm the 12-acre ashram to arrest the controversial guru. Five women and an infant died during the stand off.

Ashutosh Maharaj headed the Divya Jyoti Jagriti Sansthan sect, which allegedly has property and assets running into hundreds of crores.

Promoted
Listen to the latest songs, only on JioSaavn.com
A man called Dilip Kumar, who claims to be Ashutosh Maharaj's son, had moved court seeking custody of his body to perform last rites.