At Mumbai Airport, Fear Of Grounded Airplanes At Risk Of Damage

Mumbai's airport said on Wednesday that small private planes vulnerable to strong winds had top priority to be flown out or parked in a hangar as the city braced for a rare cyclone. 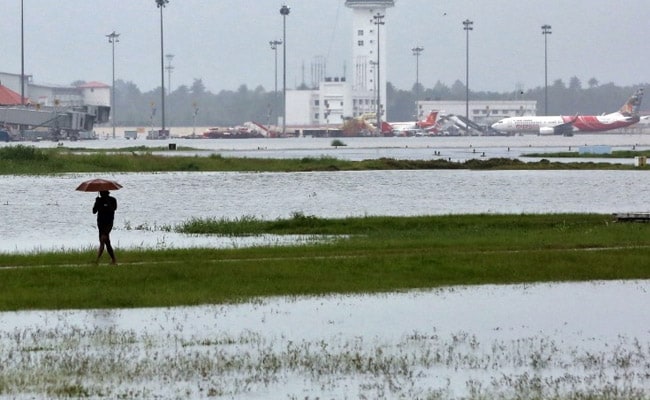 Cyclone: Airports are supposed to maintain a safe environment for the aircraft (Representational)

Airlines, airports and insurers across Asia are bracing for the prospect of unusually high damage as the region's tropical storm season begins, as hundreds of aircraft grounded by the coronavirus pandemic can't be moved easily.

Major airports in storm-vulnerable regions such as Hong Kong, Taiwan, Japan, the Philippines, Thailand and India have been effectively turned into giant parking lots as COVID-19 travel restrictions choke demand.

"If you have got those aircraft on the ground, you can imagine to get them back up and running in a short space of time is no easy thing," said Gary Moran, head of Asia aviation at insurance broker Aon. "The challenge is you can have a typhoon or hurricane coming and there are going to be a lot of aircraft that aren't going to be able to be moved in time."

Airline insurers, already on the hook to refund large portions of crash risk premiums because of the groundings, now face the larger-than-usual risk posed by having lots of airplanes grouped together at airports, industry experts said.

"One event could create damage which costs millions to repair, maybe even closer to hundreds of millions depending on the aircraft that are involved," said James Jordan, a senior associate at law firm HFW's Asia aerospace and insurance practices.

In guidance to be issued to airport operators this week, seen by Reuters, the trade group Airports Council International (ACI) warns that flying the planes out of danger, the practice in normal times, may not be possible. It says extra precautions such as more tie-downs could be needed.

"Extreme weather events such as hurricanes, typhoons and cyclones are a seasonal hazard in many areas of the world, and in the COVID context provide an additional layer of hazard with many airports accommodating larger numbers of parked aircraft," ACI Director General Angela Gittens said in a statement to Reuters.

Mumbai's airport said on Wednesday that small private planes vulnerable to strong winds had top priority to be flown out or parked in a hangar as the city braced for a rare cyclone.

Manila's Ninoy Aquino International Airport has so many aircraft on the ground that is using a runway for parking, according to a spokesman for the Civil Aviation Authority of the Philippines.

Taiwan's aviation regulator said it had asked airports to hold typhoon preparation meetings 36 hours in advance this year, rather than the usual 24 hours, to give airlines enough time to make parking requests. It will open up taxiways if needed at Taipei's main international airport, Taoyuan, to allow for 160 parked planes.

EVA Airways Corp <2618.TW> said its plans included securing aircraft, parking them in hangars and sending some to other airports in Taiwan and abroad. Taiwan's largest carrier, China Airlines Ltd <2610.TW>, said it had typhoon plans but declined to provide details.

Hong Kong International Airport, home to Cathay Pacific Airways Ltd <0293.HK> and Hong Kong Airlines, said it had 150 planes parked and precautionary measures had already been carried out for most as part of typhoon season preparations.

The measures include fuelling up the planes to make them heavier, tying weights to nose gear, adding weight in the cargo hold, putting double chocks on aircraft wheels and flying planes to other airports, the airport operator said.

Osaka's Kansai International Airport, whose runway flooded when Typhoon Jebi breached a seawall in 2018, said it had raised the wall's height and waterproofed facilities.

Airports will also need to ensure they do not have any loose equipment that poses a risk to airplanes or they could face claims from airline insurers, Aon's Moran said.

"The airport is supposed to maintain a safe environment for the aircraft," he said. "That is their duty of care."