At Kumbh Mela, These Children Are Learning Vedas; Have Views On Politics Too

There has been criticism of school like these, with suggestions that religion is imposed on young children without giving them an opportunity to do things that normal children do, like fun and games.

Dushyant Parashar is all of five, but already sports a janeu or a sacred thread around his body - the thread is an essential element that marks the acceptance of a student by a guru or a teacher in Hinduism. Dushyant is one of the 300-odd children below 15 - all of them from the famous Shri Vidhya Dham, a prominent Varanasi-based religious school that is taking part in the Kumbh Mela at Prayagraj in Uttar Pradesh.

10-year-old Ashish Mishra is from Varanasi and his father drives a car of a prominent Hindu priest there. Ashish came to this school about two years ago and will soon start learning the Vedas. Ashish and the other children here get a break of two months every year in which they are allowed to go home.

The rest of the days, all children at religious schools follow a strict schedule that includes waking up early morning and learning various mantras and other religious texts. But 15-year-old Krishna Prashant from Haryana, who came to the school about five years ago, says he learns Sanskrit grammar and modern subject like Science and Math with equal interest. "I want to be a preacher but ultimately it will depend on what my guru and parents think," he says.

"It is important to bust the myth that we are only teaching these children religion. There are a host of modern subjects that are taught. In fact, I know of one IAS officer who was posted in Varanasi recently who used to study at a Gurukul like this one in his early years. He is proof that these Gurukuls are not only about religion," says Mayank, a 24-year-old who is the media liaison at the dham and grew up here. 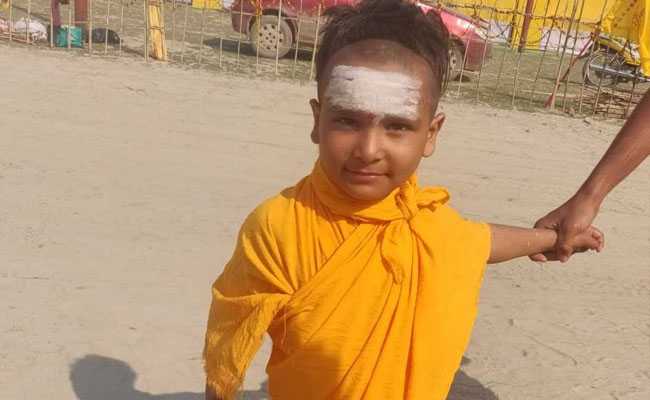 But there has been criticism of school like these, with suggestions that religion is imposed on young children without giving them an opportunity to do things that normal children do, like fun and games. "We do manage a lot of naughty behaviour, you would be surprised," whispers a young boy overhearing the conversation, while everyone else bursts into laughter.

Some of the older children at the dham say they have a view on politics too. "You see it is good to take a dip in the Kumbh like Akhilesh Yadav did recently. Yogi Adityanath is a sadhu himself and he took a dip too. But when these people use the Kumbh for political gains, I have a big issue," says a 20-year-old who does not want to give his name.