The MeT office has predicted snowfall in the middle and high hills of the state from December 31 to January 2. 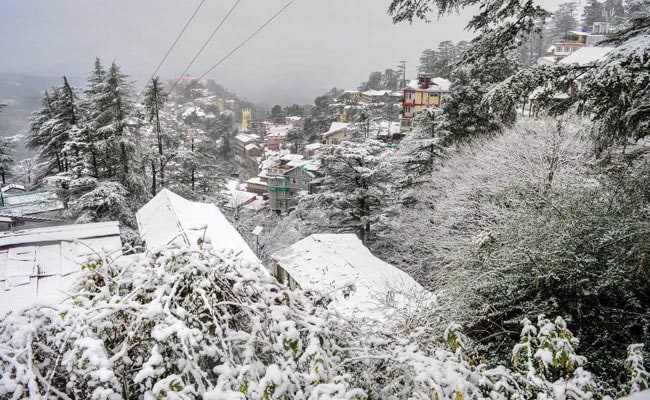 Snowfall is predicted in the middle and high hills of the state next week. (File)

Kufri, Manali, Solan, Bhuntar, Sundernagar and Kalpa shivered below sub-zero temperatures in Himachal Pradesh on Friday, with the lowest temperature in the state was recorded in Keylong at minus 15 degrees Celsius, the meteorological department said.

The MeT office has predicted snowfall in the middle and high hills of the state from December 31 to January 2.

Low visibility due to moderate fog was observed in parts of Una and Mandi districts, it said.

The weather remained dry and cold in the state on Friday, with the minimum temperature settled 1 to 2 degrees Celsius below normal in the last 24 hours, Director of Shimla Meteorological Centre Manmohan Singh said.

Kalpa in Kinnaur district registered a low of minus 1.7 degrees Celsius, while Sundernagar, Kufri, Solan, Bhuntar and Manali shivered at minus 2.2, minus 1.6, minus 1.4, minus 1.3 and minus 1 degrees Celsius respectively, Mr Singh said.

He said the minimum temperature in Shimla and Dalhousie was 3.8 and 4 degrees Celsius respectively.

The highest temperature was recorded in Solan at 19 degrees Celsius.