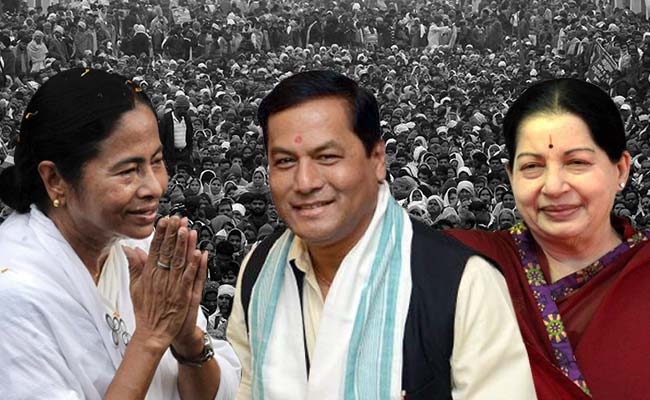 New Delhi: Sarbananda Sonowal will be the new chief minister of Assam with the BJP winning Assam, while West Bengal and Tamil Nadu have chosen to retain their powerful women chief ministers, Mamata Banerjee and J Jayalalithaa.