Assam's Silchar Tense After Clash, Curfew Ahead Of Ayodhya Ceremony

Assam: A curfew has been imposed in Silchar's Malugram, a minority-dominated area of the city where the clash, according to reports, broke out after stone-throwing between two communities. 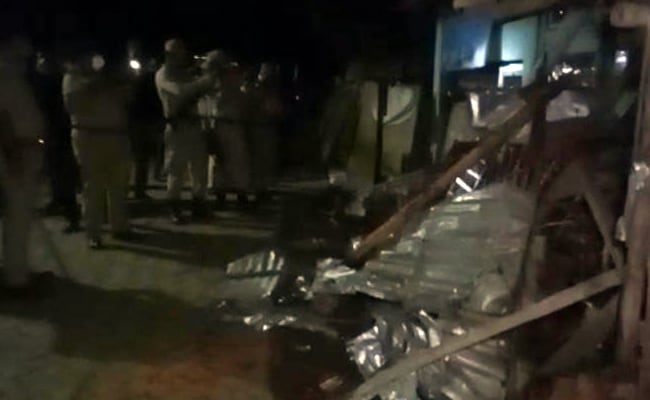 A curfew has been imposed in Assam's Silchar.

Two days before the groundbreaking rituals for a Ram Temple in Uttar Pradesh's Ayodhya, a clash broke out in south Assam's commercial hub of Silchar in Cachar district, forcing the authorities to impose a curfew.

The curfew has been imposed in Silchar's Malugram, a minority-dominated area of the city where the clash, according to reports, broke out after stone-throwing between two communities.

"Two groups indulged in throwing stones at each other at Ghoniwala area of Silchar town on Sunday evening. Assam Police, the CRPF (Central Reserve Police Force) and other security personnel rushed to the area of the incident and brought the situation under control," Cachar Deputy Commissioner Keerthi Jalli told reporters.

The curfew was imposed as simmering tension prevailed and there was a likelihood of breach of public peace and tranquillity, the officer said.

The police are investigating the cause of the incident during which shops of both communities were vandalised.

The authorities fanned out security personnel across localities to prevent any untoward incident, said police officer BL Meena. "The situation was under control," the police officer said.

"It was a fight between two boys that snowballed into a group clash. Nobody was injured. An ambulance and two shops were attacked. The situation is under control."

The two neighbouring districts of Hailakandi and Karimganj are on alert, official sources said.

Security personnel had been deployed as a confidence-building measure and to keep criminal elements at bay. The district administration has convened a peace meeting with leaders from both communities.

Meanwhile, residents of Silchar recall the year 1992 when communal clashes took place there along with other parts of the country after the demolition of Babri mosque. The Ram Temple will be built after years of dispute over the 2.77 acre site where the 16th century Babri mosque stood before it was razed in 1992 by Hindu activists who believed it was built on the ruins of an ancient temple marking the birthplace of Lord Ram.

"Opening Can Of Worms?" P Chidambaram On Auditor's Report On Rafale Deal