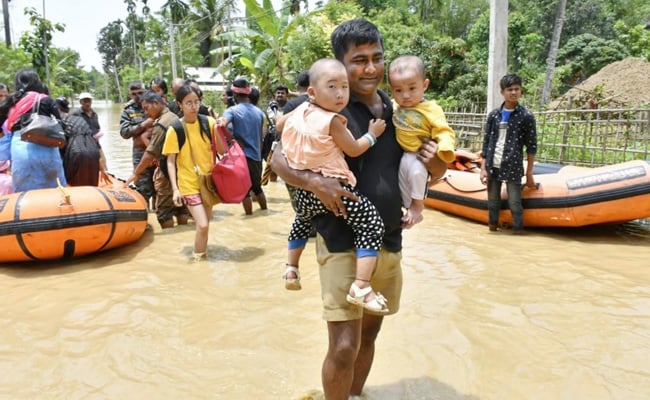 Nearly 22,000 people have been evacuated from various flood-hit areas

Guwahati: The flood situation in Assam continued unabated today with over 8 lakh people across 2,585 villages in 29 districts hit by the natural disaster. Fourteen people have died in the floods and landslides triggered by pre-monsoon rains.

Here are the 10 latest updates on the Assam floods: