Assam floods: Over 40 dead, embankments, roads, bridges, culverts and other infrastructure have been damaged in heavy rain and landslides across the state. 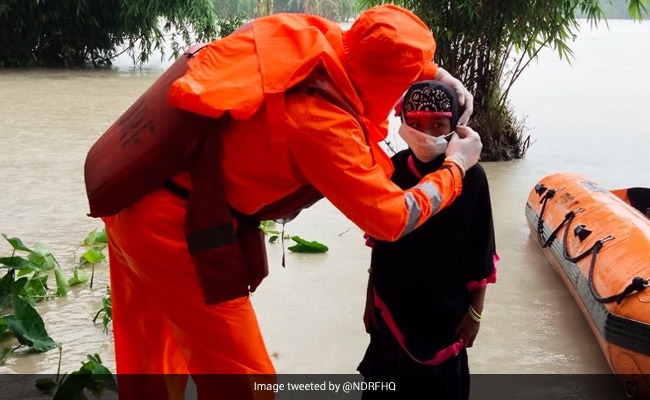 Assam floods: NDRF carry out rescue operations in the state

The flood situation in Assam worsened after four straight days of heavy rainfall. 44 people have died in flood-related incidents and 13 lakh affected. A severe flood warning has been issued in Assam and neighbouring Arunachal Pradesh after water levels of the Brahmaputra River crossed the danger mark. Heavy rainfall is likely till July 16, the India Meteorological Department (IMD), has said in its latest bulletin.

The Brahmaputra is flowing above the danger level at Guwahati, Dibrugarh, Dhubri, Goalpara, Jorhat and Sonitpur districts. 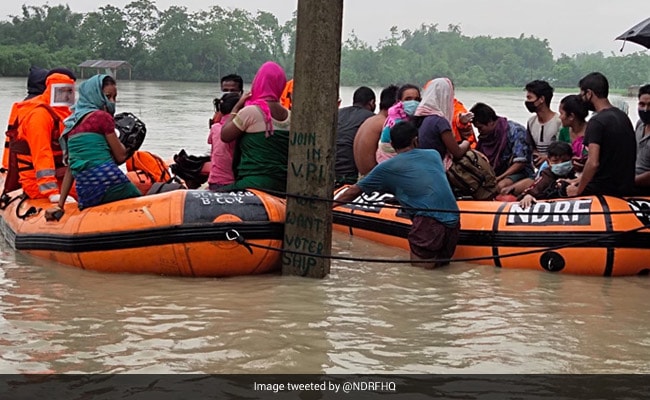 Over 2,000 villages in 24 districts of the state have been inundated. Dhemaji in upper Assam and Barpeta in lower Assam are the worst-hit. In Arunachal Pradesh, low-lying areas of Pasighat and Namsai are under water. Over 70 per cent of the Kaziranga Nationak Park is also flooded. According to the wild life department, 41 animals have been killed, while 49 were rescued in Kaziranga.

There are reports of deaths due to landslide in Sonapur area, the Assam State Disaster Management Authority said. So far, since the rainy season started, floods and landslides have killed 70 people, according to the Assam government.

The state government has set up 224 relief camps across 16 districts, where over 21,000 people have currently been put up.

Embankments, roads, bridges, culverts and other infrastructure have been damaged in heavy rain and landslides across the state. Massive erosion have been noted in Sonitpur, Nagaon, Udalguri, Chirang and Baksa districts, the state disaster management body said.