The investigation team probing the incident has pinned the blame onULFA(I), led by Paresh Baruah, which is active in the region. 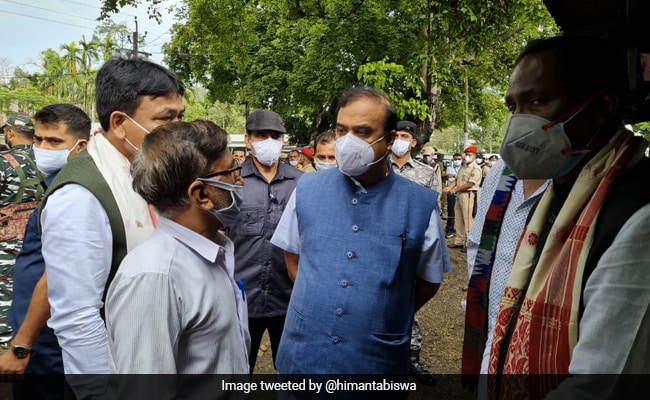 "We will take strong action against the persons who were behind the dastardly act. Peace should be maintained at any cost. We appealed everybody to maintain peace in the area. We would not tolerate such activities any means," Mr Sarma said.

Two others had suffered injuries in the incident which took place at the Tingrai market area under the Digboi police station on Friday. They are currently undergoing treatment at AMCH in Dibrugarh.

During his visit, Mr Sarma met the family members of the two killed in the blast.

Today visited & met family members of late Surajit Talukdar who was killed in a dastardly grenade blast at Tingrai market in Digboi on Friday. Announced Rs 5 lakh one time financial assistant to next of kin of victims Talukdar and Sanjiv Singh. Asked for best treatment to injured pic.twitter.com/B5yNUD03bS

The team probing the incident has pinned the blame on ULFA(I), led by Paresh Baruah, which is active in the region. The insurgent group has, however, put out a release denying any role.

The blast comes days after a minor was killed in a another suspected grenade blast at Jagun in the same district. Twelve-year-old Suraj Hajong was killed at Khota Sema village on Tuesday.