Prafulla Mahanta is a six-time MLA from Barhampur constituency. 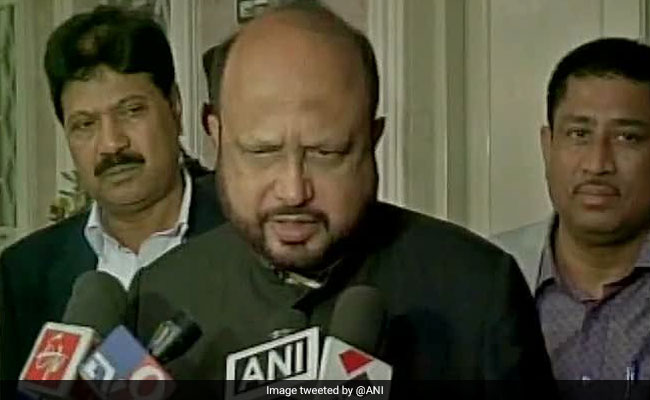 Prafulla Mahanta is a six-time MLA from Barhampur constituency.

Asom Gana Parishad (AGP) chief Atul Bora on Sunday indicated the party feels that its founder and two-time chief minister Prafulla Kumar Mahanta doesn't have winnability in the coming election, and this was why - along with his ailing health - the party allowed its partner BJP to field a candidate from his traditional Barhampur constituency.

Mr Mahanta is a six-time MLA. The BJP has fielded Jitu Goswami to contest from the constituency.

"We have conducted a meticulous study on the winning probability of the various candidates in various constituencies, and after considering who would have more chances of winning from where, have we come to this decision," Mr Bora, addressing a joint conference along with AGP's ally including BJP and the United People's Party Liberal (UPPL), said.

"This is not done out of any disrespect to him (Mr Mahanta) but to increase the party's chances of winning more seats," said Mr Bora at the BJP headquarters in Guwahati on Sunday.

In 1985, the founder-president of AGP led the party to victory and became the youngest chief minister of Assam, and in six more consecutive terms, had represented and won from Barhampur including the one time in 2006 when he broke away from AGP and formed AGP (Progressive).

The AGP (Progressive) that merged with AGP again in 2008 is now being revived after the party decided not to field him as their candidate, sources close to Mr Mahanta said.

When asked if Mr Mahanta has been consulted before the party decided not to contest in his constituency, Mr Bora declined to comment.

Differences between the party leaders and Mr Mahanta, however, seeded in 2018 when the BJP pushed to pass the Citizenship (Amendment) Bill. In parliament, the AGP after opposing initially had finally supported the bill.

Mr Mahanta stayed against the bill, which was later passed in December 2019, six months after the BJP-led NDA formed government for the second term.

Mr Mahanta, considered one of the living tallest leaders of Assam after the death of Tarun Gogoi, is battling illnesses that had taken him to the ICU bed at least twice in recent times.

"We have also taken into consideration his recent health condition while deciding on the constituency," Mr Bora said.

Assam BJP chief Ranjit Dass, who was present in the meeting, said, "This is what we do in alliance. We (BJP) have taken Barhampur because we think our candidate has more chance there and gave them (AGP) Chabua (in Upper Assam's Dirbrugarh district)."