Ascetic Aatmabodhanand was on a fast in Haridwar for the past 194-days with an aim to save the holy river. 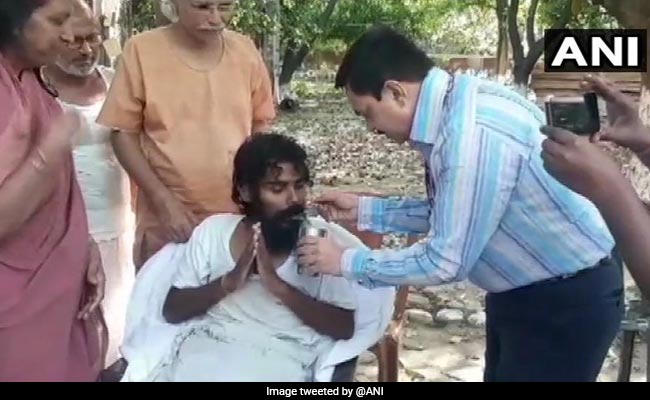 Ascetic Aatmabodhanand, who was fasting with an aim to save the holy River Ganga, broke it after getting written assurances from the National Mission for Clean Ganga (NMCG).

The ascetic was on a fast in Haridwar for the past 194-days with an aim to save the holy river.

In the presence of Haridwar Sub Divisional Magistrate (SDM) Kusum Chouhan and other officials, the ascetic broke his fast by having juice.

"NMCG Director General Rajeev Ranjan met me on April 25 and gave it in writing that steps will be taken regarding dams as discussed. He also gave an account of the actions being taken against mining," said ascetic Aatmabodhanand.

He added, "It is a positive initiative of the government and NMCG so I have broken my fast for now."