Cyclone Fani is set to hit the country's eastern coast on Friday, with wind speeds likely reaching as high as 200 kilometers (124 miles) per hour. 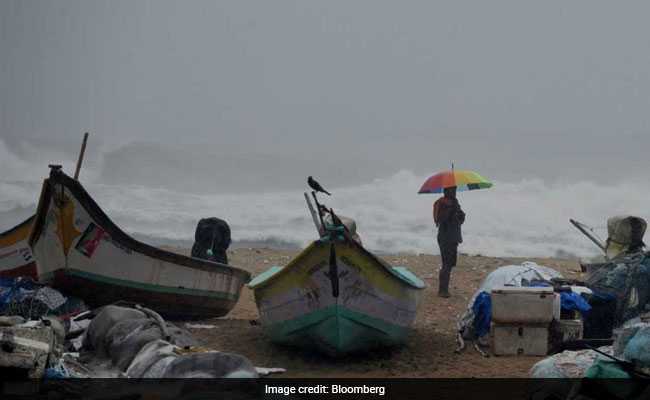 India began evacuating almost 1 million people from the eastern state of Odisha to temporary shelters as the nation braces for its worst cyclonic storm since 2014.

Cyclone Fani is set to hit the country's eastern coast on Friday, with wind speeds likely reaching as high as 200 kilometers (124 miles) per hour. The Navy and the coast guard have deployed ships and helicopters for relief operations, according to a government statement.

Odisha is battered by cyclonic storms every year with some intense enough to damage crops, plantations, trees, mud houses and communication and electric poles, as well as disrupt road traffic and transportation of essential goods. Severe storms also affect operations at oil and gas fields in the region and threaten lives of people and animals.

"We are on the job and have sufficient time to evacuate people from the coastal areas," said Bishnupada Sethi, special relief commissioner with the Odisha government. About 150,000 people have already been relocated and contingency plans are in place to deal with heavy flooding, he said.

Odisha was battered by a super cyclone in 1999 with wind speeds that were estimated to have reached a maximum 270 kilometers an hour leaving almost 10,000 people dead. The ensuing rains caused flooding and temporarily cut off the state from the rest of the country.

The administration has stocked up medicines and food supplies in preparation, said N. C. Marwah, a member of the National Disaster Management Authority. As many as 48 National Disaster Response teams are ready to be deployed, he said.

Prime Minister Narendra Modi, who held a meeting on Thursday to review the preparations, has asked top officials to take preventive measures as well as make preparations for relief and rescue operations, according to a government statement.

Fishermen have been asked not to venture into deep seas and those who are already there have been recommended to return to the coast.

Neighboring Bangladesh also issued a weather warning. Mongla and Payra ports have been asked to hoist danger signal number seven on a scale of 10, according to the Bangladesh Meteorological Department. The country has suspended river transport on all routes, State Minister for Shipping Khalid Mahmud Chowdhury said in Dhaka.

The cyclone forecast has prompted several companies with operations in the region to take precautionary measures.

"Weather is clear as of now and operations are all normal," he said. "Paradip refinery is designed to withstand cyclones with speed of more than 200 kilometers per hour."

Oil & Natural Gas Corp. said it has towed five of its six drilling rigs operating in the Bay of Bengal to coast as a precautionary measure, and evacuated almost 500 people working at its offshore oil and gas fields in the region. State-run National Aluminium Co. said a cable belt conveyor from the mines to its refinery will be stopped in the event of heavy gusts, while heavy equipment operating in the field will get proper anchoring and locking.

Airlines are also preparing to deal with the situation. Vistara, a joint venture between Singapore Airlines Ltd. and India's Tata Group, said in a Twitter post it will waive cancellation charges for flights to Bhubaneswar, capital of Odisha, and Kolkata, capital of West Bengal, for travel between May 2 and May 5. Market leader IndiGo canceled all flights to Visakhapatnam, in Andhra Pradesh, for Thursday.

(Except for the headline, this story has not been edited by NDTV staff and is published from a syndicated feed.)
Comments
Cyclone FaniOdisha