Arvind Kejriwal's Tongue Was Trimmed As He Spoke Against PM: Manohar Parrikar 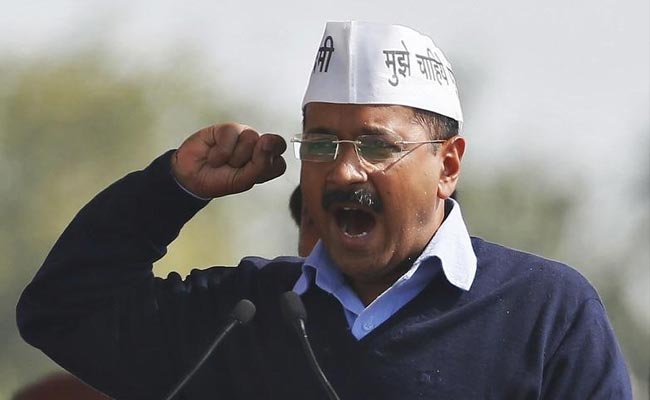 Arvind Kejriwal's elongated tongue was surgically reduced recently as it was the cause of his cough.

Panaji: Taking a jibe at Delhi Chief Minister Arvind Kejriwal, Defence Minister Manohar Parrikar today said Kejriwal's tongue had to be trimmed as it had grown long as he spoke against the Prime Minister and him. However, the minister also sympathised with the AAP leader for being on "sick leave".

"In Delhi, he speaks against Prime Minister Narendra Modi and here (in Goa) he speaks against me. Due to this his tongue has grown big, and now it had to be trimmed," Mr Parrikar told a core group of workers in Goa ahead of the State Legislative Assembly polls.

But, the Defence Minister was quick to add, "I sympathise with him (Kejriwal) as he is on sick leave."

Mr Parrikar took a dig at the AAP leaders for "abandoning" Delhi when the state was reeling under chikungunya and dengue crises.

"If your Mohalla clinics were so much effective then how come 40 people died due to chikungunya. The lies of AAP are getting exposed in Delhi after the incident," Mr Parrikar said.

He said the AAP leaders are currently on a world tour after cheating the people of Delhi, with its deputy chief minister Manish Sisodia in Finland.

"From where does AAP get the money? They spent Rs 26.82 crore merely on advertisement budget," Mr Parrikar added.

Referring to sacked Delhi Minister Sandeep Kumar, who was arrested on charges of rape on a complaint of a woman who figured in an objectionable video with him, Parrikar said, "AAP leaders are found exploiting a woman merely to give a ration card."

The woman had alleged that she was raped by Mr Kumar when she had gone to his office in Outer Delhi's Sultanpuri seeking help to obtain a ration card.

Promoted
Listen to the latest songs, only on JioSaavn.com
Mr Parrikar also quoted a WhatsApp joke making rounds in Delhi circles, which says that the Tihar superintendent has written to Delhi Governor asking to make him the CM as he has majority of AAP MLAs with him (in jail).

Goa Chief Minister Laxmikant Parsekar, while addressing the workers, said the concept of mohalla clinics introduced by AAP in Goa is "unwarranted" as BJP-led government has already made treatment in the private hospitals and government-run hospitals free of cost by introducing health insurance scheme.